4K-HDR SUMMIT > 4K International > THE 4K HDR SUMMIT IN MALAGA CONSOLIDATES ITS POSITION AS THE WORLD’S LEADING UHD EVENT AND ANNOUNCES ITS 8TH EDITION FOR NOVEMBER 14, 2022 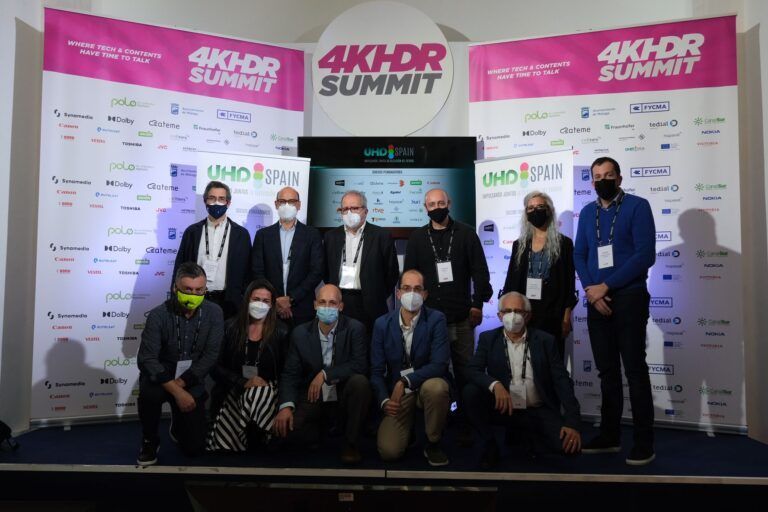 More than 400 executives and 2,000 visitors from 48 countries have participated in person and virtually in the 4K HDR Summit 2021

After the success of sponsors, face-to-face and virtual attendees, the dynamics and the high level of speakers at the seventh edition of the 4K HDR Summit held last week in Malaga, the organizer Medina Media Events has already announced that next year it will hold the eighth edition, also in hybrid format, for five days and with the reunion with international experts from November 14 to 18, 2022.

“In the eighth edition we will reinforce the face-to-face agenda, with at least two of the five days, and we will maintain on our platform numerous virtual presentations, which allow us the participation of the best specialists from around the world in Ultra High Definition (UHD), to share their progress and projects with all attendees, national and international, without the need to travel,” advances Ricardo Medina, CEO of Medina Media Events.

“It is very difficult to match their schedules to move all of them on the same dates to the same place. That is why the virtual part of the event is an extraordinary complement to the in-person part of the 4K HDR Summit and keeps the event alive for the international community 365 days a year on our Video on Demand (VOD) platform under registration because otherwise all that knowledge would be lost,” explains Medina.

Among the milestones that have had the 7th edition of the 4K HDR Summit highlights the celebration of the “Presidents’ Day”, which only takes place annually at this event: the meeting and discussion of the three top representatives of the associations of Ultra High Definition (UHD) worldwide: The UHD Alliance (Michael Zink), the UltraHD Forum (Nandhu Nandhukamar) and the 8K Association (Chris Chinnock). And they are already committed to repeating next year.

The hybrid format has brought together at the 4K HDR Summit 2021 the best speakers worldwide in fields such as content, production, manufacturing, and research.

In relation to 4K, HDR (High Dynamic Range), and 8K content, among the more than 40 speakers that made up this year’s agenda were representatives from the BBC (Great Britain), NHK (Japan), OBS (Olympic Broadcasting Services), NASA (USA), OMDIA (Great Britain), and the presidents and founders of pioneering production companies such as Travel XP 4K HDR (India) and the French companies The Explorers, Saint Thomas Productions and Paramax Films.

“No other event worldwide manages to bring them all together,” says Medina, who organized the first edition of the 4K Summit in 2015.

After the 2020 edition, which was totally virtual because of the pandemic, the 2021 edition has expanded its agenda from three to five days and has had a strong Spanish accent, especially for hosting the first assembly of the UHD Spain association, which was born in January and already has 36 partner companies and collaborators, including 20 Spanish audiovisual groups, private and public, national and regional.

“The physical reunion at the National Digital Content Pole in Malaga of 100 professionals committed to Ultra High Definition in Spain has exceeded expectations. And everyone is already thinking about next year’s edition, which will also include a reunion with international experts,” said Medina.

The 100 attendees at this year’s inaugural event were able to enjoy the presentation of the UHD Spain White Paper, take away the first printed copies, and enjoy more than six hours of networking on a very intense day. In addition, they were able to compare and comment on the broadcasts being made in UHD in more than 40 cities throughout Spain of two demo channels in 4K (SDR and HDR), the satellite receptions, and the streaming of the channel in tests that potentially more than 50% of the Spanish population could already watch via DTT and 100% of the Spanish population via Internet and satellite.

On the Spanish side, Tedial, Cellnex, Axion, RTVA, Hispasat, and institutions such as UHD Spain, Europa Creativa Media Desk Andalucía, and the City Council of Malaga, as well as the National Digital Content Pole, also participated.

But beyond the prestige achieved by the 4K HDR Summit as the meeting point in the field of technology and high-quality content, is the dimension that is taking its virtual platform.

The majority of the profiles have been CEOs, CIOs, CTOs, and directors of Innovation, Business, Product, Strategy, Marketing, as well as producers, filmmakers, engineers, consultants, and researchers.

The 7th edition of the 4K HDR Summit offered a final section dedicated to the UHD Spain association, in which the Ministry of Economic Affairs and Digital Transformation, RTVE, Cellnex, Hispasat, Ametic, Mediapro, Medina Media 4K, and the Polytechnic University of Madrid (UPM) took part, within the group of promoters of Ultra High Definition in Spain, to which they invited to join all those companies and professionals based in Spain interested in 4K, HDR, and 8K.

In addition, the coordinators of the working groups of UHD Spain presented during the day the activities carried out this year and those planned for 2022 in Capture (Yeray Alfageme), Post-Production (Xavi Bonet), Encoding (Elena Burdiel), Broadcast (Xavi Redón), Reception (Sonia Valladares) and Technical Testing (Miguel A. Cristóbal).

Another of the options that sponsors will resume in the 8th edition of the 4K HDR Summit will be the Demo Area, where they traditionally exhibit their products. This year, although the space was much smaller, in addition to the broadcasts of the UHD Spain channel, the Finnish Nokia did bring unpublished demonstrations.

Nokia presented several of the latest projects of its Bell Labs Spain: AMATISTA: music therapy with immersive video for the elderly over 5G; DISADIS: public safety with image analysis by artificial intelligence over 5G; 5GRECORDS: volumetric video over 5G networks for events and the INGENIOUS project: remote driving of an automatic guided vehicle with immersive cockpit and real-time video over 5G, with which they made an exclusive live demonstration at the National Digital Content Pole. 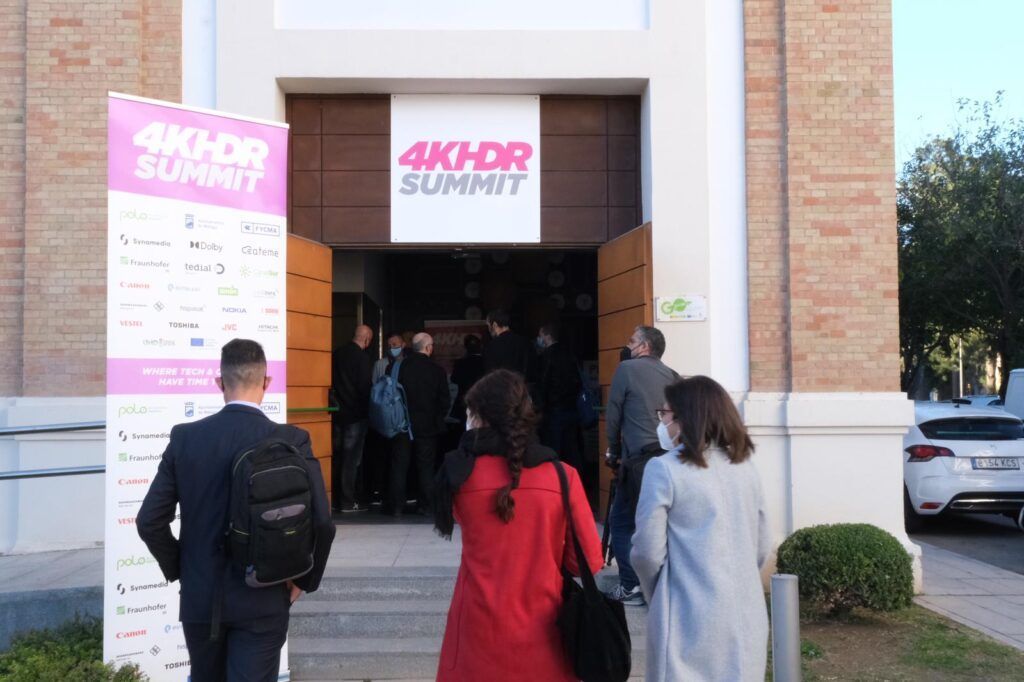 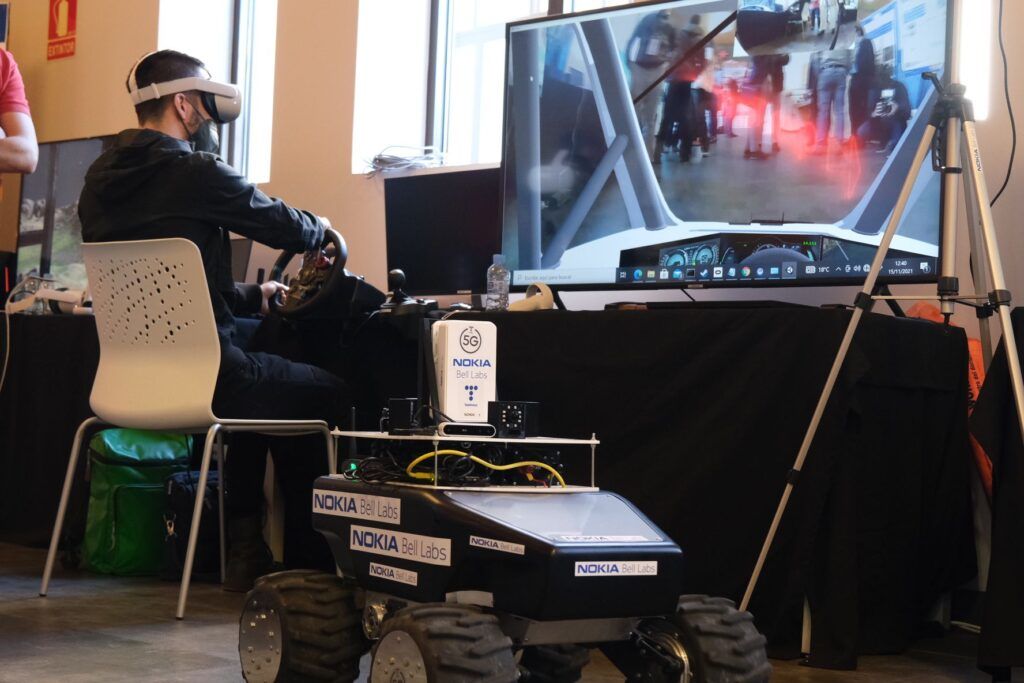 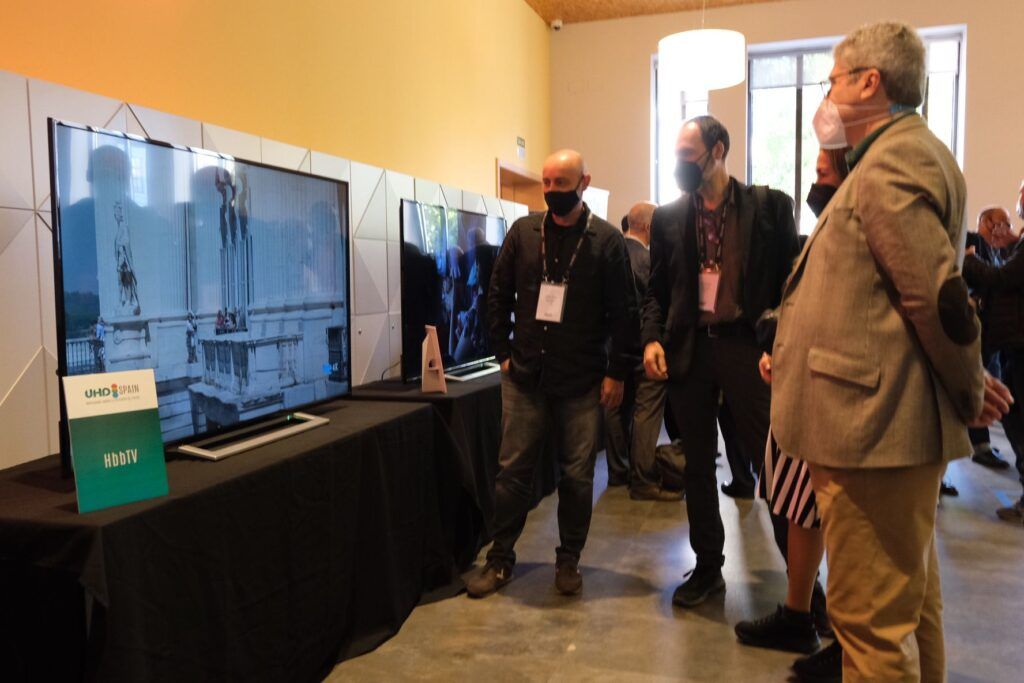 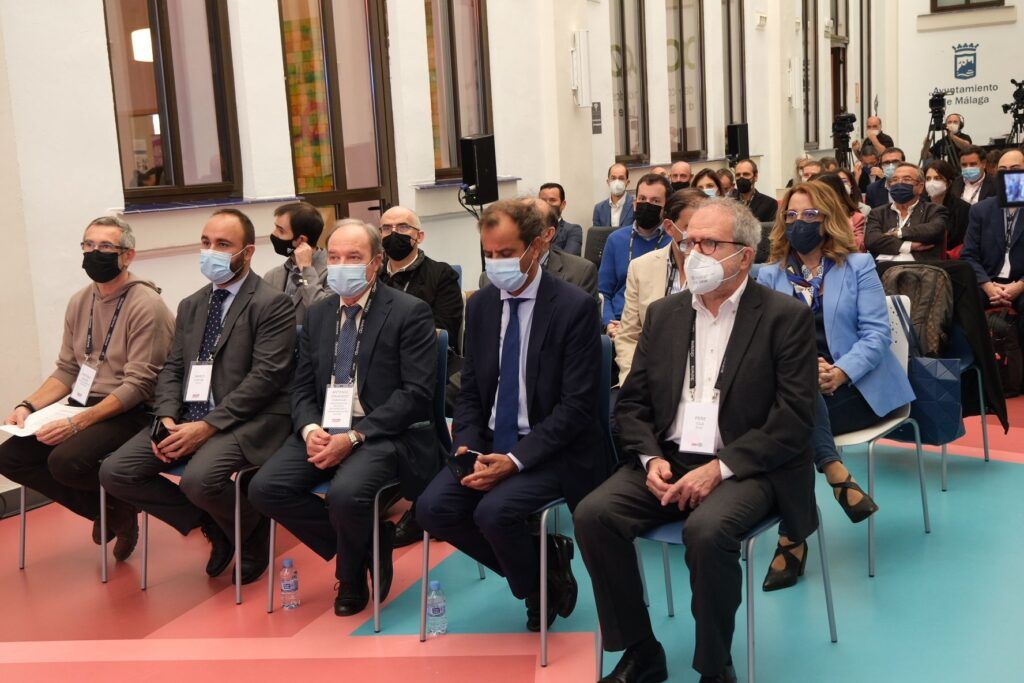