Home > 4K International > The 4K HDR Summit in Malaga is consolidated as the star event of 4K and 8K worldwide and announces its 9th edition for November 13, 2023 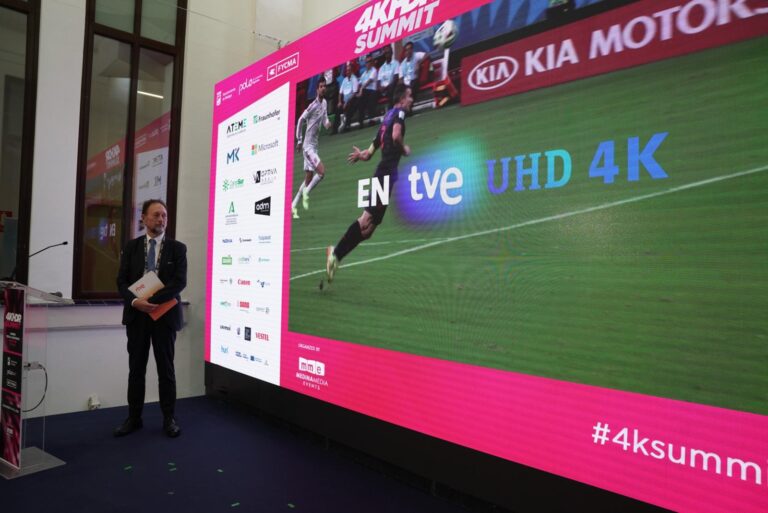 61 professional speakers have participated in the exclusive presentations and expert panels of the eighth edition of the 4K HDR Summit, which, together with the demonstrations related to the Metaverse, 4K and 8K, formed a unique agenda. The total number of registered professionals rose to 460, of which 274 were in the first two face-to-face sessions held at the National Pole of Digital Content.

Another fact that highlights the success of this edition is the origin of the professionals who have presented their advances at the 4K HDR Summit 2022. This year, experts from Argentina, Brazil, Colombia, France, Germany, Great Britain, Italy, Japan, Poland, Portugal, India, Spain, Switzerland, the United Kingdom and the United States have participated.

In total, the number of registered companies and institutions is around 200, among which are the major worldwide associations of 4K and 8K: UHD Alliance, 8K Association and Ultra HD Forum. In addition to NASA, OBS or the Walt Disney Company, a clear example of the marked international nature of this meeting.

The figures have also been remarkable if we talk about the visits to the official website of the event. During the month in which it was held (November), 5,000 visits were received, from 3,400 users from 58 countries. The three nations with the highest percentage of visits were Spain (56.17%), the United States (9.98%) and France (5.19%).

A source of news that has crossed borders

Such has been the success of this eighth edition, that the event’s organizing company, Medina Media Events, has already confirmed that there will be a ninth edition from November 13 to 17, 2023.

And it is that this edition has left news that has crossed borders: the 4K broadcast by RTVE of the World Cup in Qatar, announced by Ángel García Castillejo, Director of Audiovisual Policies, Public and International Service of RTVE. These tests and their coordination have been carried out by the UHD Spain association, which brings together companies, entities and professionals in the sector, and which is chaired by RTVE.

On the other hand, it is worth noting the presentation of the Audiovisual HUB of Andalusia carried out by Antonio Sanz, Minister of the Presidency of the Junta de Andalucía.

Also at the 4K HDR Summit, Carlos Fontanot, ISS-NASA Image Manager, exposed the cameras that NASA will use on the current Artemis 1 mission.

The Ministry’s announcement by Antonio Fernández-Paniagua, Deputy Director of Radio Space Planning and Management, about giving the green light to experimental UHD broadcasts throughout Spain had great national and international repercussions.

Other novelties of great repercussion in this edition have been the opinion of experts and professionals on the ban on 8K televisions by the European Union, in which they are generally optimistic; or the presentation of the second edition of the UHD Spain White Book by José Manuel Menéndez, Professor at the Polytechnic University of Madrid.

All this news has been reflected in major media such as, on television, the presence on Canal Sur or RTVE stands out, or in programs with maximum audience such as Andalucía Directo and Hoy en Día on RTVA. On radio, Cadena Cope, RNE or Canal Sur Radio. And in the press: La Vanguardia, Mundo Deportivo, Europa Press, 20 Minutes, El Nacional, La Opinión de Málaga, Málaga Hoy, Diario de Sevilla, El Confidencial Digital or El Español, among others specialized as Xataka, Cine & Tele or Panorama Audiovisual .

A success in everyone’s eyes

“We are very proud that we have managed to bring together a multitude of interlocutors, companies or multinationals from the United States, Japan or Germany, among many other countries. Not all events have managed to survive after COVID”, says Ricardo Medina, CEO of Medina Media Events.

For his part, Francisco de la Torre, Mayor of Málaga and who was present at the first face-to-face conference in Málaga, also highlighted that “every year we see the evolution in the quality of the contents. This meeting is an opportunity for Spanish and Polo companies and it is a magnificent opportunity to share experiences among all”. 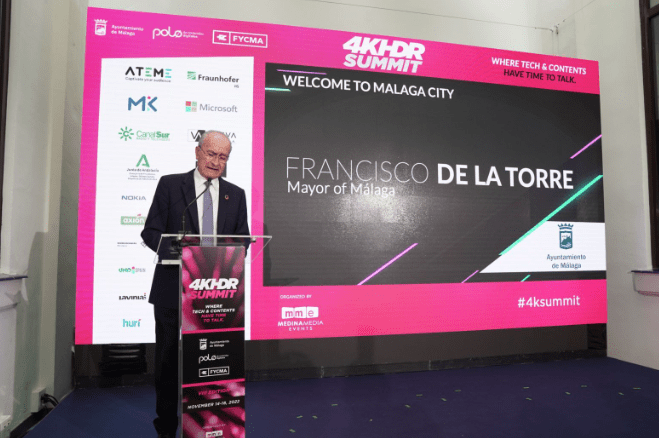 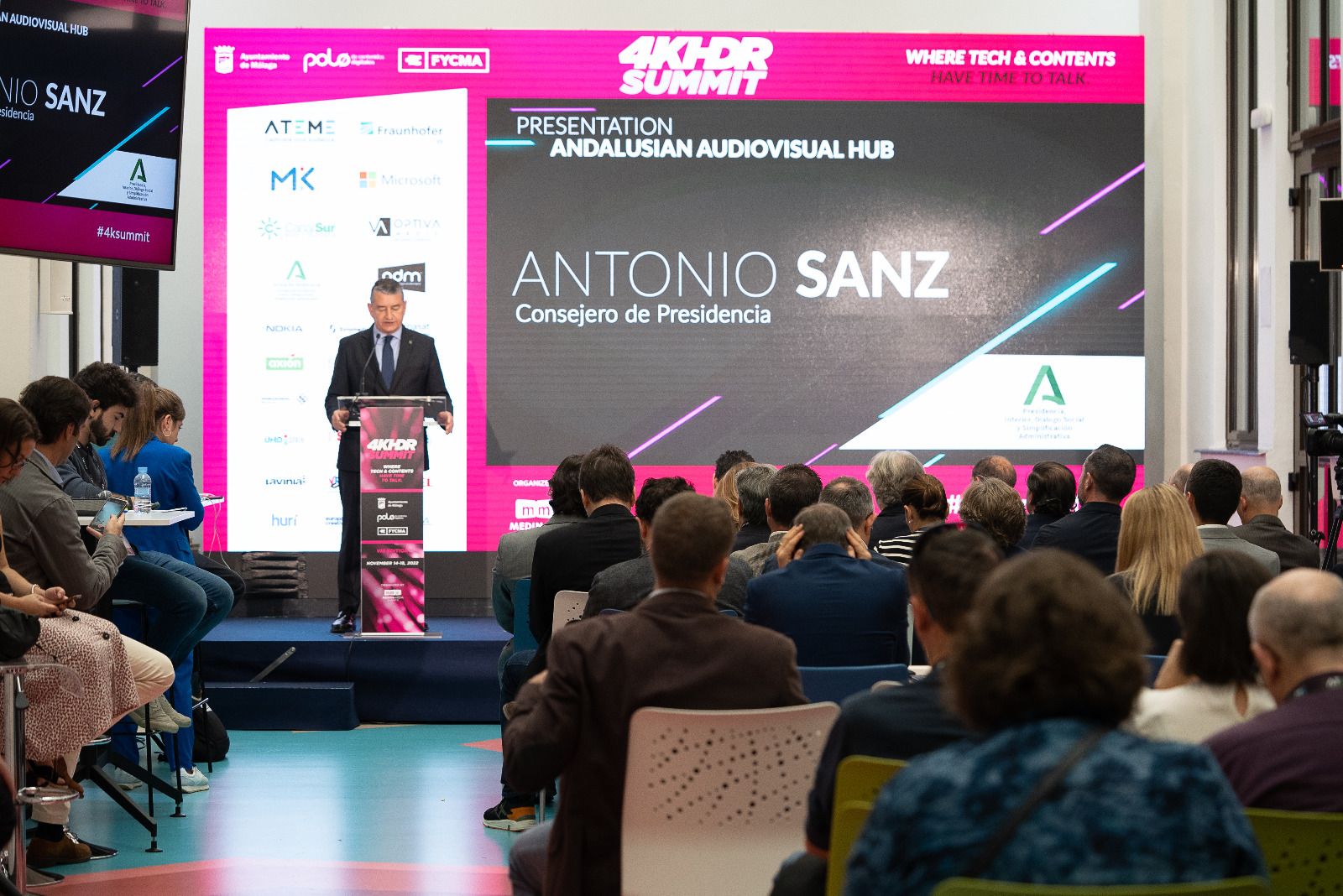 Juande Mellado, General Director of RTVA was another of the representatives of the institutions that were kind enough to participate in the 4K HDR Summit. “We have been participating in this event since 2015, one of the most important in the world. Our commitment is firm.” On the other hand, Susana Carillo, Delegate for Innovation and Urban Digitization of the Malaga City Council also wanted to value the work of Medina Media Events. “You have once again organized a fantastic summit. Every year you improve with better speakers and better tables. It’s really great to have you.” 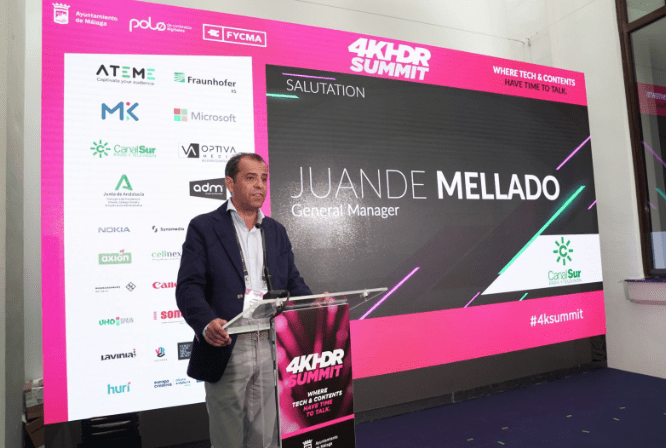 The most international edition

The eighth edition of the 4K HDR Summit has managed to attract a total of 26 sponsors, including large companies from different countries. From Spain, RTVA, Hispasat, Axión, ADM, Sapec, UHD Spain, Optiva Media, Univrse, Lavinia, Cellnex, etc. From France: Ateme or Eutelsat; from the United States: MediaKind, Microsoft or Synamedia; from Germany: Fraunhofer IIS. From Finland: Nokia or from Turkey: Vestel

In addition, attendees have been able to see first-hand news such as Nokia’s robot dog called Perkins or the Metaverso experience of “Los Sueños” by Lavinia and Univrse; in addition to enjoying 4K images of Space, provided by NASA; or in 8K with the latest Samsung Neo Qled 8K TV model. 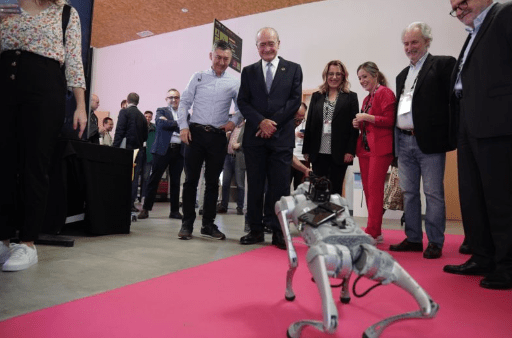 All registered professionals have had and continue to have at their disposal – until the next edition – the papers issued and the presentations shared by the speakers.