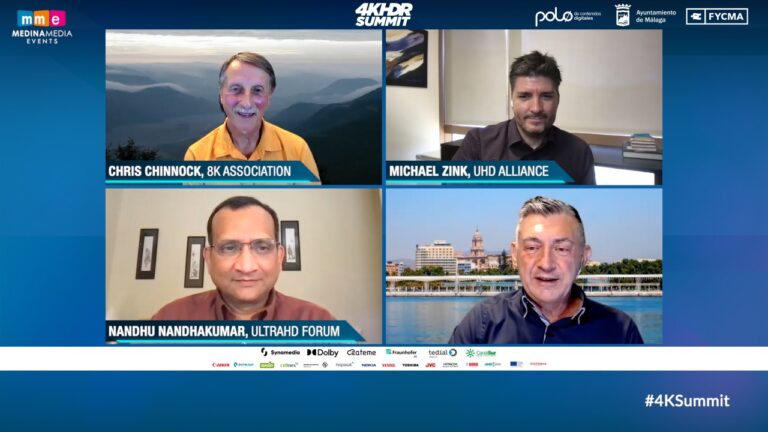 18.11.21.- The fourth day of the 4K HDR Summit 2021, called “Presidents’ Day”, began with the President of the Board of Directors of Radio Television of Andalusia (RTVA), Rafael Porras, who traditionally welcomes the presidents and top executives participating in this unique annual event in the audiovisual world as host of the event and recently joined the association UHD Spain.

The new president of the Ultra HD Forum, Nandhu Nandhakumar, elected in April, was the one who opened the turn of the heads of the three global organizations of 4K and 8K. “It is very important for us to work with broadcasters to ensure that this content can be widely deployed and there are no obstacles in the way of adopting it. The film industry is already adapted and this is our main focus” stated Nandhakumar.

He was followed by UHD Alliance President Michael Zink, who highlighted that “UHD Alliance has been working on interoperability for several years, since 2017. Since the initial round of testing, we have achieved a significant reduction in overall interoperability issues. In addition, we have published a technical white paper with the results obtained to date.”

For his part Chris Chinnock, executive director of the 8K Association, said, “8K cameras are here and present almost everywhere, just like smartphones. These 8K cameras will be the main source of user-generated content for YouTube, social networks and influencers. Therefore, lower-cost cameras and optics will drive the market.”

Following their presentations, Nandhakumar, Zink, and Chinnock led a panel, in which they shared their views on the current and future status of Ultra High Definition globally and on sports experiences such as Tokyo 2020. Also in this session they welcomed UHD Spain, which was sponsored at its conception by the three associations, being the Spanish association the first one since its inception with this multiple sponsorship, and which has placed Spain at the same organizational level in UHD as Italy, France, Germany and Great Britain.

This meeting between the presidents of the Ultra HD Forum, the UHD Alliance and the 8K Association, which convenes annually and moderates Ricardo Medina (Medina Media Events), is the only time a year that the three come together, which shows the level of recognition and international respect that have the 4KHDR Summit, which next year aims to expand the number of face-to-face sessions in Malaga.

In addition, the agenda of this Thursday, November 18, was attended by the presidents and founders of four of the world’s leading 4K and 8K content production companies: The Explorers (Olivier Chiabodo), Travel XP 4K HDR (Prashant Chothani), Saint Thomas Productions (Bertrand Loyer) and Paramax Films (Amos Rozenberg), who have offered images of their latest productions.

Olivier Chiabodo, French founder of The Explorers, with more than 12 million users from 170 countries and 4K and 8K content in 17 languages, said, “We have more and more content, both photos and videos, for our Earth Inventory.” “During the pandemic we had the opportunity to film the entire inventory of France. We estimate that we will have more than 150 hours of content in the next year,” said Chiabodo.

For his part the Indian founder of Travel XP 4K HDR, Prashant Chothani, said “We have realized that if we shoot in 8K and then downgrade to 4K, this 4K content is much better.” Chothani also shared his vision for 8K: “I don’t see 8K coming very soon as a standard, it will come down to niche content. We are still far away from this as a standard because the pandemic has set us back a few years in this field.”

Next, Bertrand Loyer, president of Saint Thomas Productions, shared with the attendees striking images recorded in 8K of the La Palma volcano: “During our experience filming the La Palma volcano we have proven that the camera can go beyond the capacity of the human eye.” He also talked about his activity during the pandemic: “During these two years of COVID we have made several developments because this time has given us the opportunity for other people on the other side of the world to shoot for us with UHD and 8K cameras all over the planet.”

Paramax Films president Amos Rozenberg recounted his experience as a producer of 4K and 8K content, “I’ve been shooting in 8K for the last 3-4 years, but the only platforms that buy 8K products are NHK in Japan and the TV manufacturers.” To which he added: “4K and HDR are real achievements, but 8K is not yet a real business”.

Paul Gray, senior consultant at OMDIA, brought the Presidents’ Day to a close with his usual summary and conclusions of the seventh edition of the 4KHDR Summit. “One of the biggest disappointments has been the dearth of UHD broadcasts of Euro 2020, which has been absent in some EU countries. Italy, Poland and Turkey are the only countries in Europe with open broadcast coverage.”

According to Gray, “For the consumer, the key point is ‘keep it simple’. It doesn’t matter if they have SD, HD or HDR versions, they will always watch what is easiest for them to watch on their devices. This improves the numbers in terms of streaming because of the automatic access to UHD, because there is no conscious decision.”

Those registered for the 4K HDR Summit 2021 can follow the sessions via streaming until tomorrow, Friday, November 19, in addition to consulting online demos, attending exclusive webinars and networking through video meetings with speakers and participants, thanks to the virtual platform created by Medina Media Events. 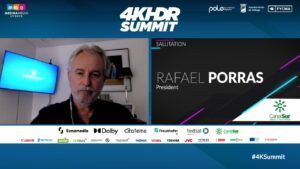 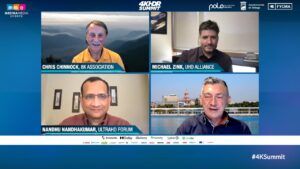 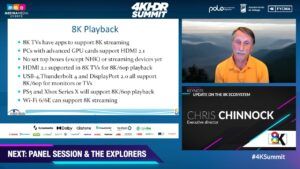 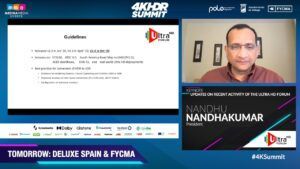 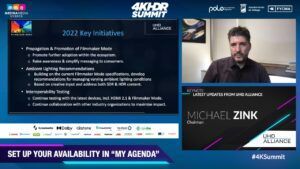 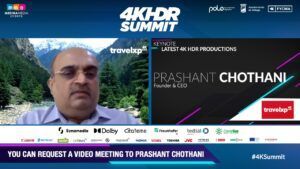 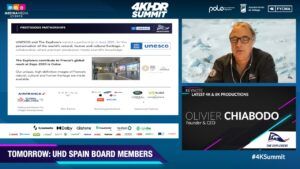 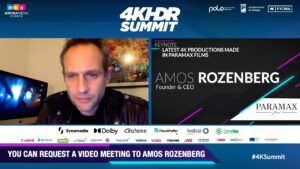 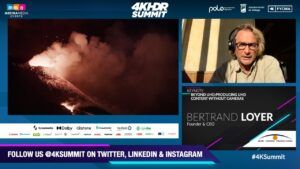 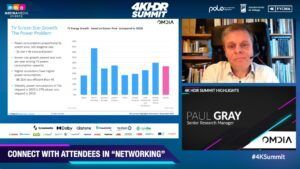 THE PRESENT AND FUTURE CHALLENGES OF UHD, PROTAGONISTS ON THE SECOND DAY OF THE 4KHDR SUMMIT