4K-HDR SUMMIT > News 4K > TOMORROW BEGINS THE SIXTH EDITION OF THE 4K HDR SUMMIT, WITH EXPERTS AND PARTICIPANTS FROM MORE THAN 20 COUNTRIES 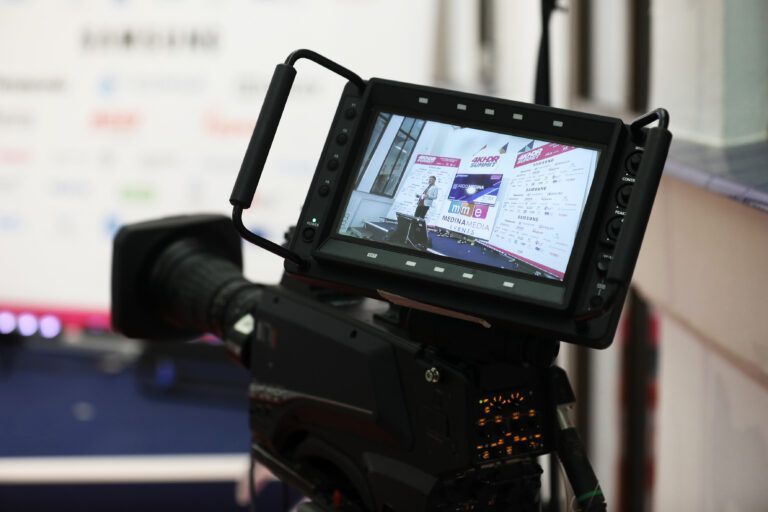 TOMORROW BEGINS THE SIXTH EDITION OF THE 4K HDR SUMMIT, WITH EXPERTS AND PARTICIPANTS FROM MORE THAN 20 COUNTRIES

The world’s leading experts in Ultra High Definition (UHD) will meet on November 17, 18 and 19, virtually, in the sixth edition of the 4K HDR Summit to discuss the 4K, HDR and 8K, with the aim of sharing and analyzing the progress of this new technology, called to improve the quality of the images we receive on our televisions at home or on our cell phones.

The international dimension of the 4K HDR Summit will have its climax on Friday 20th November, with the awarding of prizes and the projection of the winning short films of the Malaga 4K Fest, the main Ultra High Definition short film competition worldwide, to which, in this fifth edition, 324 works from 35 countries from the 5 continents have been presented.

The second day of the 4K HDR Summit will be primarily devoted to live sports. The head of the 8K on Japanese public television, NHK, Atsushi Murayama, will open that day’s agenda by talking about the Tokyo Olympics next year. He will be followed by the International Olympic Committee’s producer, OBS, with an exclusive interview with Isidoro Moreno and Guillermo Jiménez, and representatives of other top-level multinationals such as Jason Power, from Dolby; Peter Sykes, from Sony; and Carlos Castán, from Canon.

In addition, within this block dedicated to live sport, Rafa Nadal and his thirteenth victory at Roland Garros will also be the protagonists of the hand of the director of research and innovation of the French Ateme, Mickaël Raulet.

In addition to the broad representation of Japanese companies, in this sixth edition, the American-Swedish Mediakind, with David Symons; the Norwegian Appear TV, with David Mitchinson; the German Rohde & Schwarz, with Erik Dobberkau; and Fraunhofer, with Adrian Murtaza; the Canadian Ross, with Gideon Ferber and David Estruch; the Turkish Vestel, with Javier Morago; and the Korean Samsung, with Richard Moreton.

The 8K contents that have been selected to be present this year in the sixth edition of the 4K HDR Summit, come from India, with its Travel XP channel and its CEO Prashant Chothani; from the Swiss-French project The Explorers, with its CEO Olivier Chiabodo; and the North American Space Agency NASA, with Carlos Fontanot.

This year, OMDIA’s consultants, Paul Gray and María Rua Aguete, will present two exclusive reports about the implementation of 4K and 8K worldwide, as well as the final conclusions of the biggest event about UHD in the world, organized by Medina Media Events.

Finally, the Spanish Association of Ultra High Definition, UHD Spain, will occupy the closing block of the 4K HDR Summit. On behalf of the Ministry of Economic Affairs and Digital Transformation, Antonio Fernandez-Paniagua, will show in preview the current map of the 4K in Spain, and the projected deployment of emissions in test in the 17 communities. In addition, from the hand of the UHD Spain Association, attendees will be able to learn about the progress being made with the UHD in Spain through presentations by Pere Vila (RTVE), Emili Planas (Mediapro), Xavier Redón (Cellnex), Jorge Rodríguez (Hispasat) and José Manuel Menéndez (Universidad Politécnica de Madrid).

During the 17th, 18th and 19th, the attendees of the 4K-HDR Summit will be able to see more than twenty demos in the demonstration area (free access), where companies such as Appear TV, Ateme, Dolby, Sony, Eutelsat, Fraunhofer, Nokia, Rohde & Schwarz, RTVA, Telemundo Global Studios, among others, will present their latest advances.

Attendees will also be able to join question and answer (Q&A) sessions through live video meetings with the speakers.