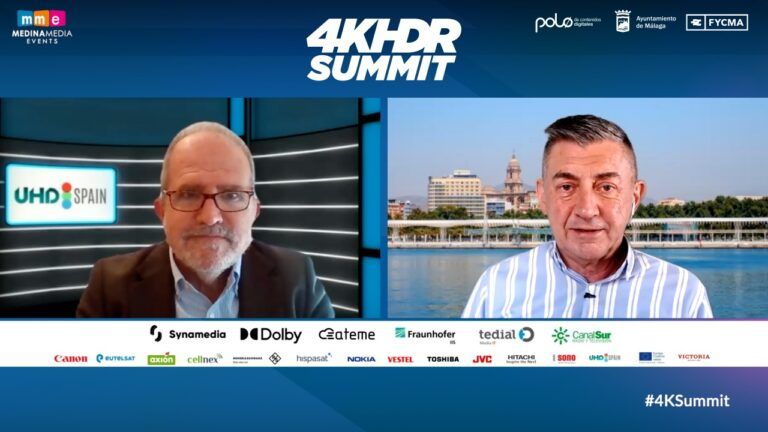 The last day of the 4KHDR Summit 2021 has been dedicated to Ultra High Definition in Spain and its association UHD Spain.

The day opened with Francisco Hurtado, CTO of Axion, recently acquired by Asterion, the leading Spanish venture capital fund in the field of telecoms, and gave way to the report by Antonio Fernández-Paniagua, from the Ministry of Economic Affairs and Digital Transformation, who will review the current state of the UHD landscape in Spain and its prospects for implementation.

In Spain, there are currently 40 broadcasting points ready to transmit this type of content. The objective for the institution is to authorize experimental UHD broadcasts in all provinces with the technical parameters that are possible “from the radioelectric point of view”. Fernández-Paniagua considers it beneficial to promote UHD broadcasts in Spain, as this will allow the end viewer “to be aware of the advantages of this technological standard”. Our will is to try to authorize at least one broadcast in each province in Ultra High Definition, in order to make it clear that UHD is possible in DTT”, said Fernández-Paniagua.

Then the members of the Board of Directors of UHD Spain, led by its president Pere Vila (RTVE), have shared with the attendees of the 4KHDR Summit what has been done since its founding on January 26 and the objectives for 2022.

“In the current context in which the presence of ultra high definition devices is the majority, it creates the need for broadcasters to adapt our productions to this definition and start producing in, at least, 4K. With this, we can offer the best possible audiovisual experience to our audience,” said Vila, adding, “These productions are complex, so UHD Spain is a forum in which the different actors can work together to move forward hand in hand on this path.

The vice-president Xavi Redón (Cellnex), as well as the members Emili Planas (Mediapro), Jorge Rodríguez (Hispasat), Eduardo Valencia (AMETIC) and María Medina (Medina Media) have given reports in order to encourage Spanish companies and professionals interested in Ultra High Definition to join the Association and its working groups.

The vice president of UHD Spain, Xavi Redón, from Cellnex, said that “Television is like a living being that is constantly evolving and the latest step, in which we are now, is Ultra High Definition, which is not only 4K, this concept is much broader than 4K. About the activity in UHD Spain he added that “With the technical tests we have looked for the limits we have and where the problems are. So we have confirmed that interoperability is basic”.

Emili Planas, from Mediapro, stated that “Beyond 2022 I see Spain with a more powerful role in the UHD world because we have great professionals, good schools, good climate, even to be a world stage, and we are able to do things that in other countries it costs much more to do. We have good engineers who understand what the creatives want and create what then ends up being the standard worldwide. This type of leadership must be used by UHD Spain to be a reference in the world”.

In his speech Eduardo Valencia, from Ametic, spoke about the importance of institutional relations. “It is important to inform the administration of the achievements. In this way, positive relations are established with the different organizations to work collaboratively,” said Valencia.

Jorge Rodriguez, from Hispasat, spoke about international relations. “Above all, we are trying to promote Ultra High Definition in Latin America, because there is a lot of work to be done and I think we can play an important role there,” said Rodriguez.

Maria Medina, from Medina Media, spoke about the importance of communication to give visibility to the association’s activities and reach users. “We have the challenge of communicating to the user how to visualize the content that is being produced, as well as making known who is part of the project,” said Medina.

Finally, José Manuel Menéndez, from the UPM, expanded on the UHD Spain White Paper: “Looking to the future, we know that the book is not finished, we intend to increase the pilots that are being carried out, finish those that are in process and collect the work of the different groups to include the information in the next edition of the book. The book is intended to be very dynamic and has a highly practical nature,” said Menéndez.

Also on the last day of the 4KHDR Summit, the White Paper has been the protagonist and the colorist Chema Abad (Deluxe Spain), at the invitation of Dolby, has offered his vision on what HDR means for postproduction professionals in film, television and advertising. “My goal is for the director and cinematographer to have what they thought of when they came up with the product. The process has changed a lot in recent years and in Dolby Vision it is now a very agile job,” said Abad, adding that “The distance between television and cinema has been eliminated, no one expects to see on a platform in their living room something that doesn’t have the quality of what we see in the cinema.”

The seventh edition of the 4KHDR Summit was closed by Yolanda Aguilar, general director of FYCMA (Fairs and Congresses of Malaga), on behalf of Malaga and the National Digital Content Pole. “At the Digital Content Pole, technologies are being brought closer to both companies and citizens,” shared Aguilar.

Those registered for the 4KHDR Summit 2021 will be able to follow the presentations in video on demand (VOD), online demos and networking through video meetings with speakers and participants, through the virtual platform created by Medina Media Events. 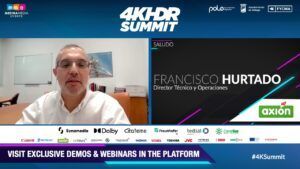 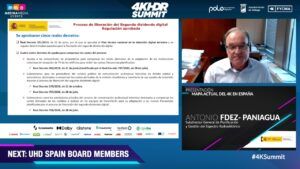 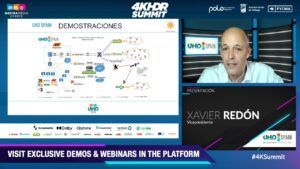 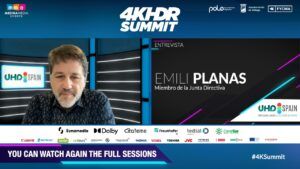 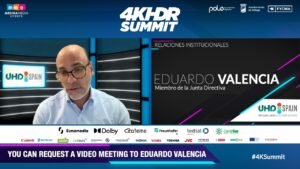 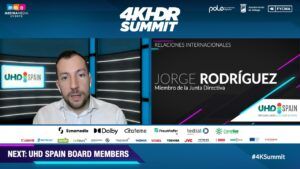 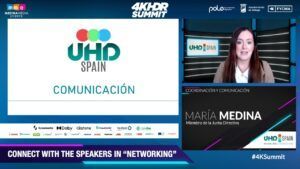 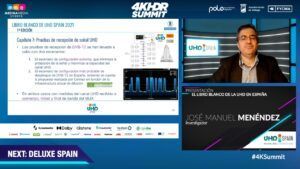 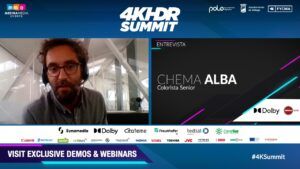 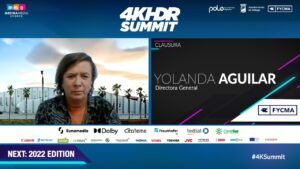 You can access to free online demos at virtual.4ksummit.com and check the agenda of the sessions.