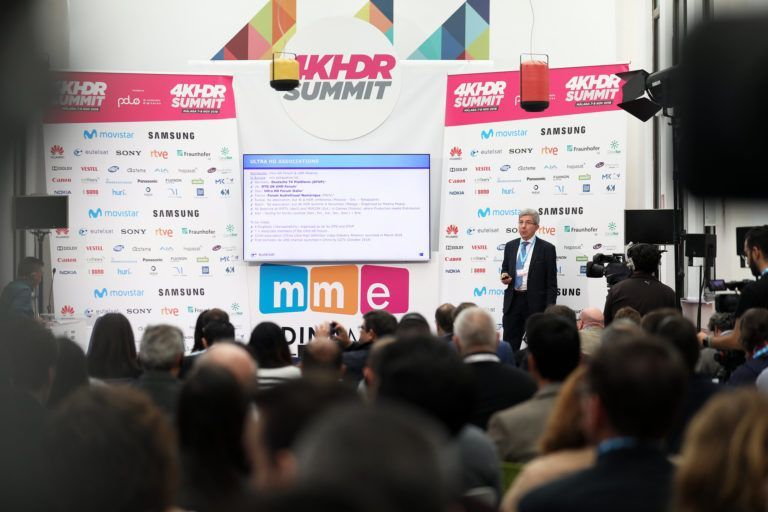 Medina Media Events, organizer of the 4K-HDR Summit has published the agenda of the fifth edition of the main world summit on 4K, to be held on November 6, 7 and 8 at the Digital Content Hub in Malaga.

In total there will be 25 keynotes and 4 panel sessions offering reports, proposals and visions on this new technology, which for three days in Malaga brings together the best speakers from other international forums such as NabShow in Las Vegas, the IBC in Amsterdam and MIPCOM in Cannes.

In addition to the keynotes and panel sessions, this year’s 4K-HDR Summit will pay tribute to Toni Feliu, Senior Manager at Panasonic (Thursday 7 November at 5:45 pm); and Luis Martínez, Director of Programmes at Canal Sur Málaga (Friday 8 November at 1:35 pm); two very beloved colleagues in the audiovisual sector who have recently passed away.

Within the framework of this international summit will also take place the constitution of the Association UHD Spain (non-profit association that may be part of those companies and professionals interested in the development of Ultra High Definition in Spain), and the award ceremony of the Short Film Festival “Malaga 4K Fest”, at the Cine Albéniz from 7:00 pm (free access until full capacity). 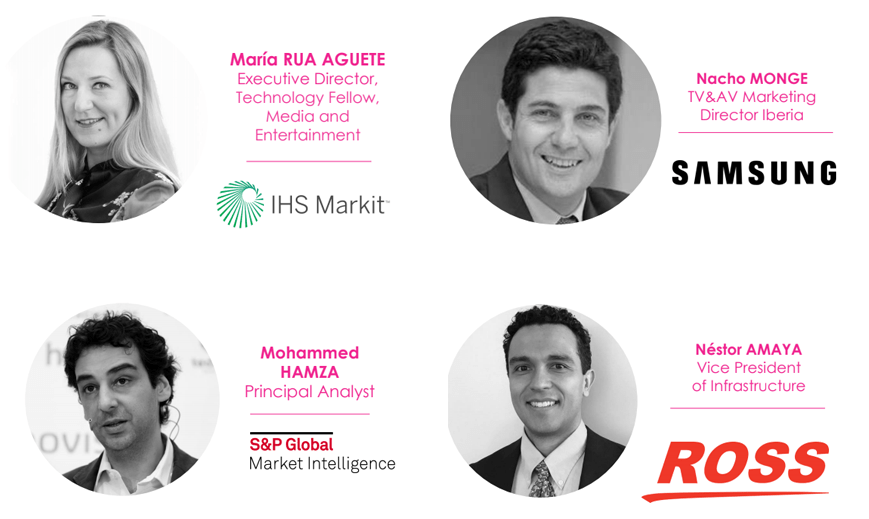 First day: “The best analysts and contents 4K and 8K”

The inaugural day will begin with a presentation by María Rua, international analyst at IHS Markit, based to London, who will share with the audience a report on the world evolution of the 4K.

Mohammed Hamza, principal analyst of the American S&P Global, will return to the 4K-HDR Summit to present, on this occasion, an exclusive report on 4K technology, which is revolutionizing the smartphone market.

Michel Chabrol, Senior Vice President New TV Formats of Eutelsat (France) will offer an exclusive report on the capacity of satellites to transmit in 4K and 8K UHD.

Olivier Watzke, Product Manager at Product Management Group of the American Dolby, will present a state-of-the-art audio experience. Watzke will explain how Next Generation Audio offers an exciting surround sound experience for listeners on everything from TV to mobile devices. 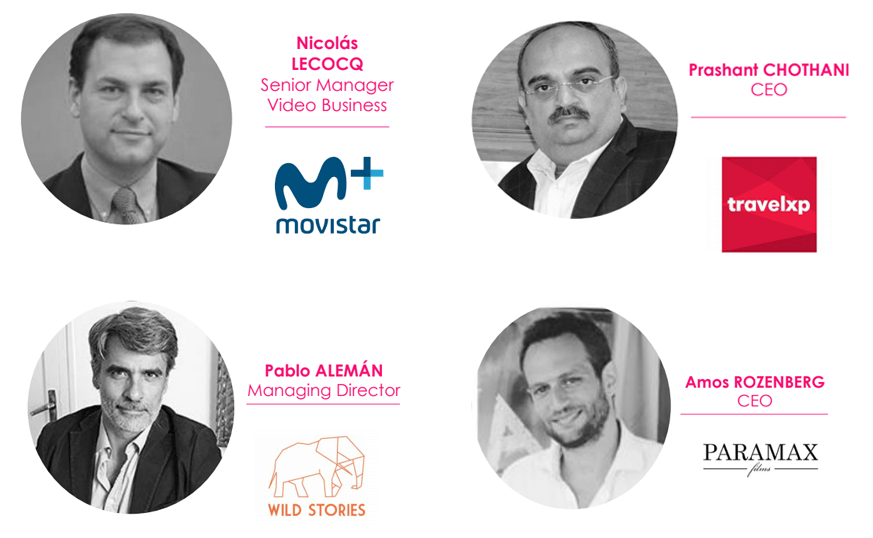 After the cocktail offered by Axión, where the 250 exclusive attendees to the 4K-HDR Summit in Malaga will be able to enjoy local products thanks to the collaboration of the Diputación de Málaga and Sabor a Málaga “El Sabor que nos une” while networking, Nicolás Lecocq, Senior Manager Video Business of Movistar+ will present and talk to the public about the second season of one of the most acclaimed Spanish series in recent times: La Peste.

Prashant Chothani, CEO of TravelXP from India, will announce “new limits for operators in 4K HDR and 8K HDR”.

On the other hand, Amos Rozenberg, CEO of the French production company Paramax Films, will talk about retransmissions of Jazz festivals in 4K and 8K. Paramax Films is a production company specialized in the filming and distribution of concerts all over the world. They have more than 100 hours of concerts of jazz, pop, rock in Full HD with prestigious artists (Macy Gray, Maroon 5, Sly & Robbie, Justin Bieber, Will I am, Black Eyed Peas, 50 Cents etc).

The first day will conclude with an opening party sponsored by Tedial, where attendees will enjoy Cerveza Victoria, a beer with all the flavor and character of the city of Malaga. 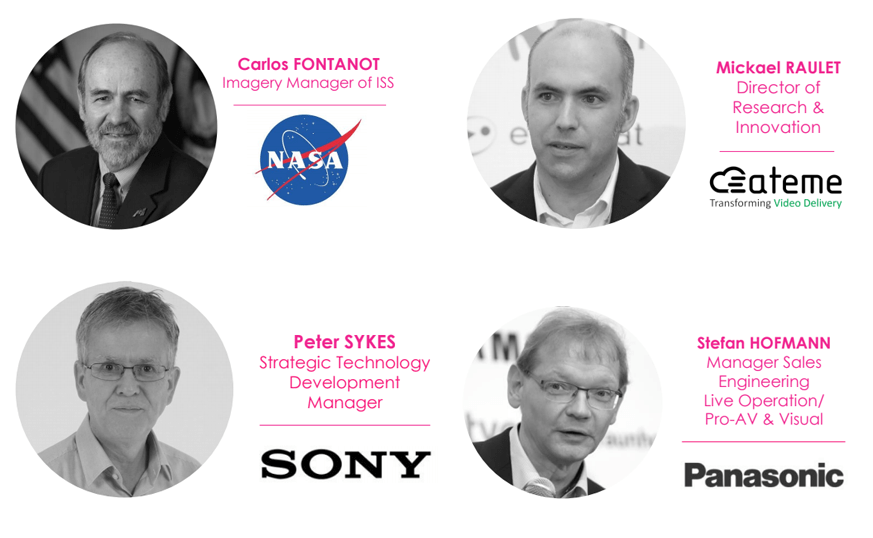 The second day of the 4K-HDR Summit will begin with a spectacular presentation by Carlos Fontanot, Imagery Manager for NASA’s International Space Station (ISS), who will return from the Johnson Space Center to the Costa del Sol capital to discuss the use of 4K and 8K on board the ISS, the challenges of downloading files ashore, the impact of gamma rays on sensors, the training crew members receive, and working with business partners to widely distribute and use NASA material.

ATEME, leader in video delivery solutions, returns to participate in the 4K-HDR Summit in Malaga to present their projects, always at the forefront of the latest technologies: audio and video codecs of the latest generation in HDR.

From Norway Appear, Sergio Renteria and Javier Reyes, will explain the challenges and learnings in the compression and transport of UHD signals. Based on cases of use in different operators, Appear will present an innovative approach. In their speech, Sergio Renteria and Javier Reyes will talk about challenges and benefits for operators obtained from a diverse range of applications, such as the first transmission of a live event 8K, low latency links and high availability for sporting events. 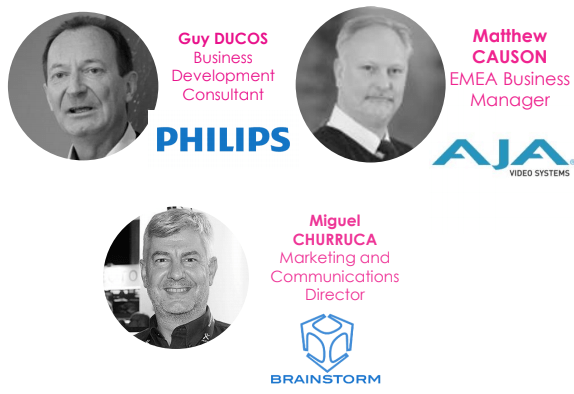 Peter Sykes, Strategic Technology Development Manager of the Japanese multinancional Sony, will be another of the speakers of this fifth edition.

Sykes, who repeats as speaker at the 4K-HDR Summit, will participate in the second day of this international summit on 4K and 8K, during November 7, explaining the workflows used in Sony for the creation and delivery of Ultra HD images with High Dynamic Range (HDR).

On the other hand, Emili Planas, Mediapro’s CTO Operations Manager, will talk about the company’s experience acquired during two and a half years of top-level UHD-HDR sports productions and the keys to obtaining spectacular HDR images, bearing in mind that for the moment the most important signal continues to be HD-SDR.

Peer Seitz, head of production at Infront Productions (HBS) in Switzerland, will present at the 4K-HDR Summit in Malaga the successful 5G connected camera configuration tests that took place at the 2019 BMW Berlin Marathon last September. This is the first time that this configuration is implemented in continental Europe, in a live 5G public network.

One of the highlights of the 4K-HDR Summit will be the keynote by Stefan Hofmann, Manager Sales Engenieering Live Operation at Panasonic.

The Japanese multinational will have a relevant role in 2020, year in which it will be one of the technological protagonists of the Tokyo Olympic Games, of which it is sponsor and main supplier with the cameras that will generate the signal that in Ultra High Definition (UHD) will be transmitted all over the world.

Hofmann will explain at the Summit how a team of more than 300 Panasonic engineers have been working for months at the headquarters of the NHK, the Japanese public television, in charge of producing the signal that will be offered to everyone through open channels, pay channels such as Eurosport, platforms such as Twitter or DAZN, and so on.

The second day will continue with the panel where Carlos Castán, Industrial Products Manager Broadcast and Cinema Dept. de Canon; and Salvador Luna, Optical Devices Manager of Fujinon (both Japanese multinationals), will share the success stories of both companies.

After the greeting of Víctor Muñoz, Vice Chancellor of Strategic Projects of the University of Málaga (UMA), it will be the turn of the universities.

José Manuel Menéndez, Full Professor at the Universidad Politécnica de Madrid; he will present the Ultra High Definition Chair (UHD) they are carrying out together with RTVE, presentation to which José Manuel Sanz, Multimedia Engineering Department of Cellnex will be added.

On the other hand, the writer Francisco José Espinosa, representing Tilano TV, will talk about the “4K para principiantes”.

The second day of the 4K-HDR Summit will end with a toast offered by our sponsor Cerveza Victoria de Málaga. 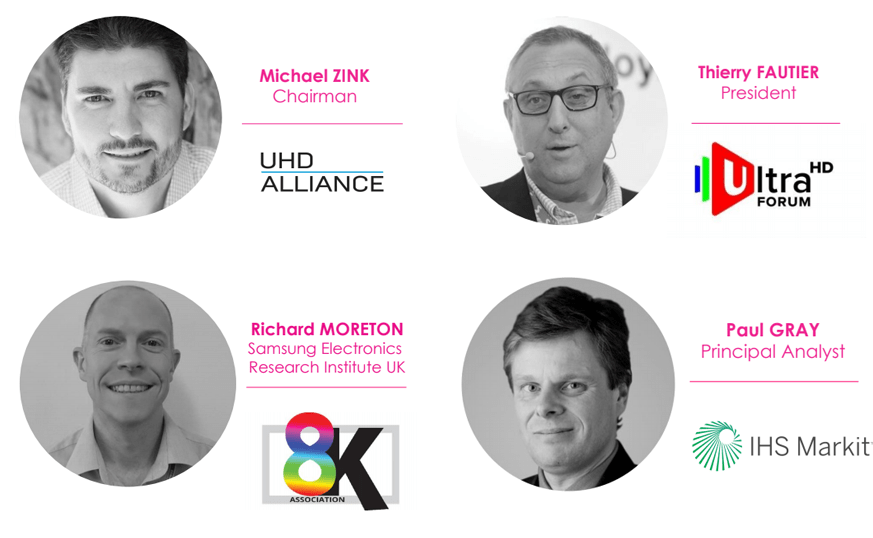 Third day: “The UHD Alliance, the UHD Forum and the importance of the 5G”

After the welcome breakfast, sponsored by Ultra HD Forum and Canal Sur, the presentations and panels of the closing day of this international summit will begin.

Rafael Porras, president of Canal Sur, will offer a greeting, followed by Michael Zink, Chairman of the UHD Alliance and Thierry Fautier, president of the UHD Forum, who will participate jointly in a panel where they will talk about UHDA and UHDF.

Then, the biggest of consumer electronics, represented by the 8K Association, will expose the 8K ecosystem.

Richard Moreton, from Samsung Electronics Research Institute UK, representing the 8K Association (8KA), will talk about the maturation of the 8K ecosystem and its creative value within the current landscape of device manufacturing and Ultra High Definition content production.

Juan Pachón, Technical Sales Manager of Rohde & Schwarz (Germany); and Inés Sanz, Customer Engineering Manager of Hispasat, will speak in a panel about the opportunities that 5G offers to transmissions in 4K thanks to its greater power, capacity and speed, and with practically no delay, which opens an endless number of possibilities for exploiting audiovisual content, especially high quality in Ultra High Definition (UHD).

The finishing touch to the keynotes at the 4K-HDR Summit 2019 will be the prestigious international analyst of IHS Markit, Paul Gray, who, as in each edition, will offer his particular report as a summary of all the contents exposed during the sessions of the event.

Juan Antonio Vigar, Malaga Festival Director, will close the day by addressing the attendees and inviting them to attend the “Málaga 4K Fest” awards ceremony and subsequent screenings of the winning short films, which will take place from 7:00 pm on Friday 8th November at the Cine Albéniz in Málaga.

The mayor of Malaga, Francisco de la Torre, will also participate in the closing of the 4K-HDR Summit and will intervene just before the tribute to Luis Martinez, director of Programs of Canal Sur, recently deceased.

Sabor a Málaga, “El Sabor que nos une”, will be in charge of putting an end to the Malaga Summit, which will bid farewell until 2020 with a networking lunch.