SPAIN, A “RARA AVIS” ON THE 4K WORLD MAP, WITH PIONEERING INITIATIVES

In the midst of the digital transformation and the irruption of new technologies, Spain is earning a surprising place in the Ultra High Definition (UHD), with pioneering initiatives that will be highlighted in the sixth edition of the 4KHDR Summit, which will take place in virtual format on November 17, 18 and 19.

Precisely the 4KHDR Summit, which was born in 2015 in Seville and had its last three editions in Malaga, is a Spanish initiative that every year brings together the “top engineers” and “top content producers” of the Ultra High Definition to share their experiences in a unique meeting in the world that manages to attract every year multinationals, speakers and attendees from Asia, America and Europe.

Given the cancellation of major technology events (such as the NAB in Las Vegas or the IBC in Amsterdam), and content events (such as Natpe in Miami or Mipcom and MipTv in Cannes), the 4KHDR Summit is recognized as the main meeting worldwide to discuss 4K, 8K or HDR (High Dynamic Range).

But besides being a “meeting point”, Spain has also just made international news for having carried out the first 8K transmission test on Digital Terrestrial Television (DTT-2) worldwide, as acknowledged by Samsung’s R&D Director, Richard Moreton.

On October 21st, at the Official Institute of RTVE, this pioneering test was carried out with the participation of the Polytechnic University of Madrid, and a group of companies and multinationals such as Sony, Sapec, Cellnex, Samsung, SGO, Dolby, Televés Corporación, Abacanto Soluciones and Televisión Española itself.

Most of these companies form the driving force behind the UHD Spain Association, which aims to bring together the experiences of all those companies and professionals in Spain who wish to promote Ultra High Definition (UHD) in order to offer consumers a better user experience.

Another of the Spanish pioneering companies in the production of live sports in 4KHDR is Mediapro, whose CTO and Director of Operations, Emili Planas, with its 15 UHD Mobile Units, has made Spain the world leader in the broadcasting of live soccer matches: 4 every weekend (in Spain and France) and more than 250 experiences to date in HDR, which far exceeds the large international production companies. 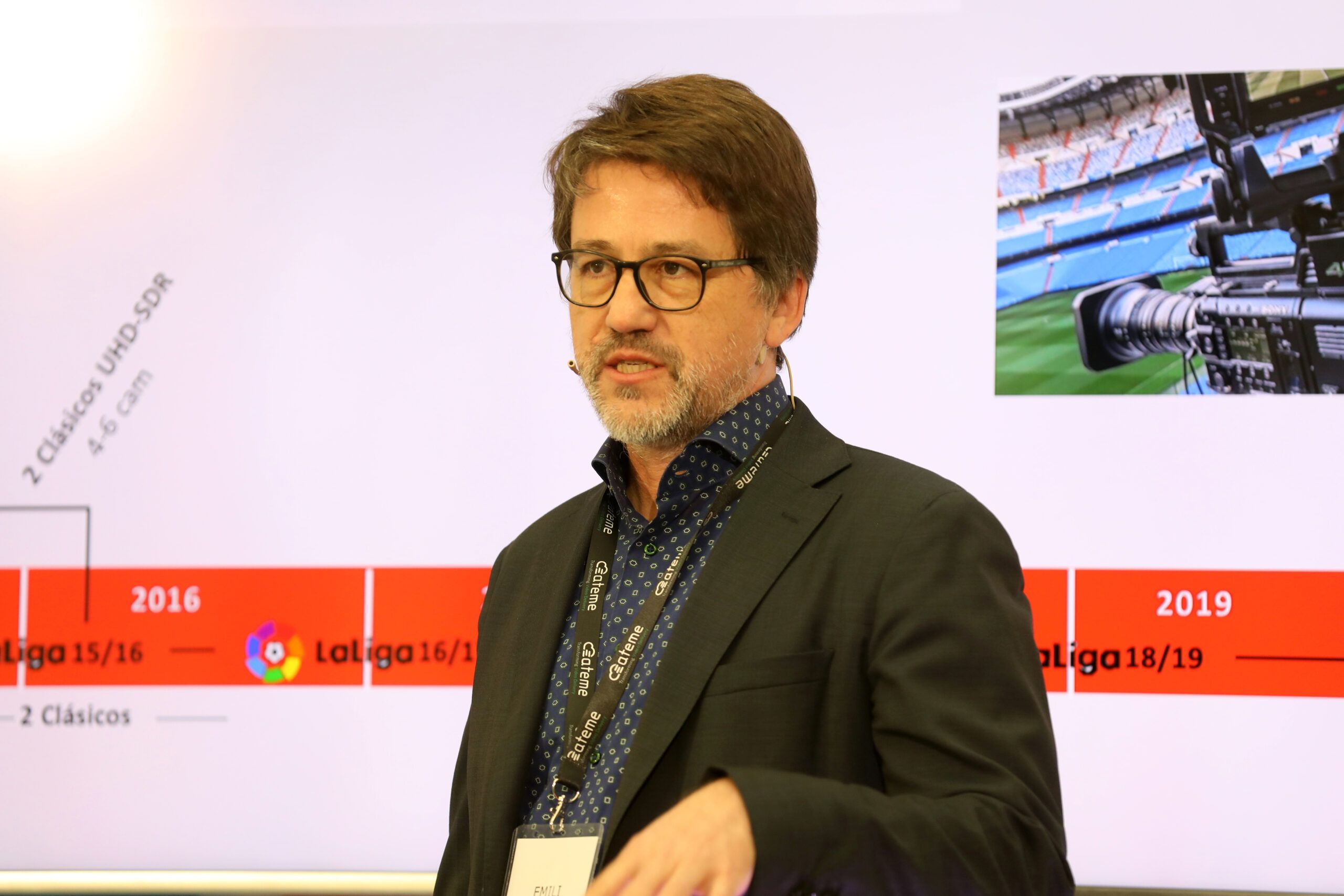 In the list of Spain’s pioneering initiatives at a global level in Ultra High Definition (UHD) is also the short documentary festival Málaga 4KFest, which launched in 2015 Hispasat and is now organized by Medina Media Events with the collaboration and technical direction of Festival de Málaga, with the collaboration of Atresmedia, and its Atreseries channel, RTVE, Dolby, Best Digital, Grupo ADM and Medina Media 4K.

The Málaga 4KFest, which will present the awards of its fifth edition on November 20th, has attracted, despite the difficulties caused by the Covid-19 pandemic, 324 works from 35 countries, which projects Spain as a reference of the UHD among the new creators in the five continents.

Currently, the incipient map of the 4K in Spain already includes emissions in “regular test” in Barcelona, Madrid, Seville, Malaga, Santiago de Compostela, Zaragoza, Valencia and Ciudad Real, in addition to which there are already projects of emissions in the 17 autonomous communities and 52 provincial capitals.

All these initiatives have turned Spain into a test laboratory, with its own identity, within the select group of countries whose companies began working in Ultra High Definition with the spirit of offering a better user experience to consumers and portraying the world we live in, with the maximum possible audiovisual quality.