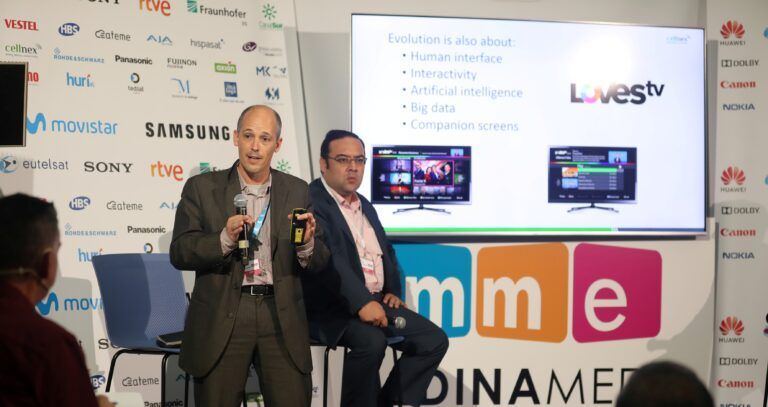 Cellnex Telecom, one of the main independent operators of wireless telecommunications infrastructures for broadcasting in Europe, will take advantage of the 4KHDR Summit on the 17th, 18th and 19th of November to present its plans for the development of Ultra High Definition (UHD) at a Spanish and European level.

The importance of Cellnex Telecom for 5G and UHD at a European level is enormous, as it currently operates more than 73,000 sites in nine countries: Italy, Great Britain, France, Switzerland, Ireland, Portugal, the Netherlands, Spain and Poland.

Cellnex Telecom‘s latest operations have come at a time of international economic crisis, when the resurgence of the COVID-19 pandemic has left the world economy in tatters, especially in Europe and Spain.

Precisely, the title of Cellnex’s presentation at the 4KHDR Summit will be “DTT in the times of Covid“.

Xavier Redón, Product Manager of Cellnex Telecom, will be in charge of transferring the current situation of expansion in UHD tests in Spain, where “already 33% of the population would be able to receive Ultra High Definition content through Digital Terrestrial Television (DTT)”.

Xavier Redón will specify the locations where Cellnex Telecom is already broadcasting, and where it will start next year, with the provisional authorization of the Ministry of Economic Affairs and Digital Transformation.

In Xavier Redón’s opinion, “the pandemic affects us all. But sales of 4K televisions in Spain are already growing. And in 2023, with the blackout of the SD signals and the obligation to transmit in HD throughout the European Union, it will mean an obligatory renewal of the television stock”.

“In 2023, when the market for UHD receivers is ready, consumers will want to watch television in better quality than they do now. That will be the moment”, predicts Xavier Redón as a preview of his participation in the sixth edition of the 4KHDR Summit, the first virtual one.

The importance of Cellnex Telecom as one of the promoters of the UHD in Spain and Europe will increase even more in the coming months if the “advanced conversations” with the Hong Kong multinational CK Hutchinson to acquire its 28,500 towers in different European countries are successful, in an operation estimated at around 10,000 million euros.

Cellnex Telecom will be one of the promoters of the UHD Spain Association, open to all Spanish companies and professionals interested in promoting Ultra High Definition in Spain.

Those registered for the 4K HDR Summit Virtual 2020 will be able to follow this exclusive presentation, as well as the 30 sessions that will be offered throughout the 3 days by streaming, in addition to consulting online demos, attending exclusive webinars and networking through video meetings with speakers and participants.