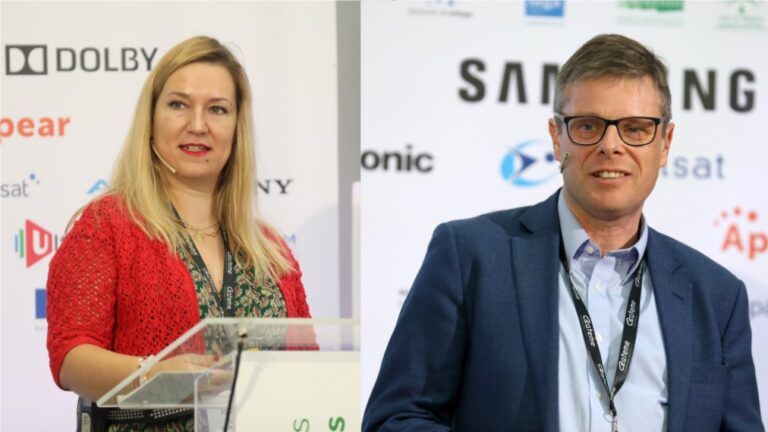 As every year, just before “Black Friday”, the world’s leading consultants and experts in Ultra High Definition (UHD) meet at the 4K-HDR Summit to analyze the evolution of the market. And this 2020 their prediction is clear: more and more televisions are being bought and the vast majority of them are 4K.

“The Covid-19 has made people invest more than ever in home entertainment,” assures María Rúa Aguete, one of the directors of the multinational OMDIA, who for the second consecutive year will make the opening report of the 4K HDR Summit.

“People have stopped buying and changing cell phones. Executives, since they now spend more time at home and less time in business meetings, want to enjoy a better experience at home. With better image and immersive sound. And that is why the purchase of 4K televisions has grown,” advances Maria Rua Aguete.

In the same line, the main researcher of OMDIA, Paul Gray, considered the biggest analyst in the world of 4K and 8K, and who will make the final report of the 4K HDR Summit for the fourth time, predicts that “despite the coronavirus, the sales of 4K televisions will continue to be very strong in all markets. Although I am not so optimistic about the 8K”. 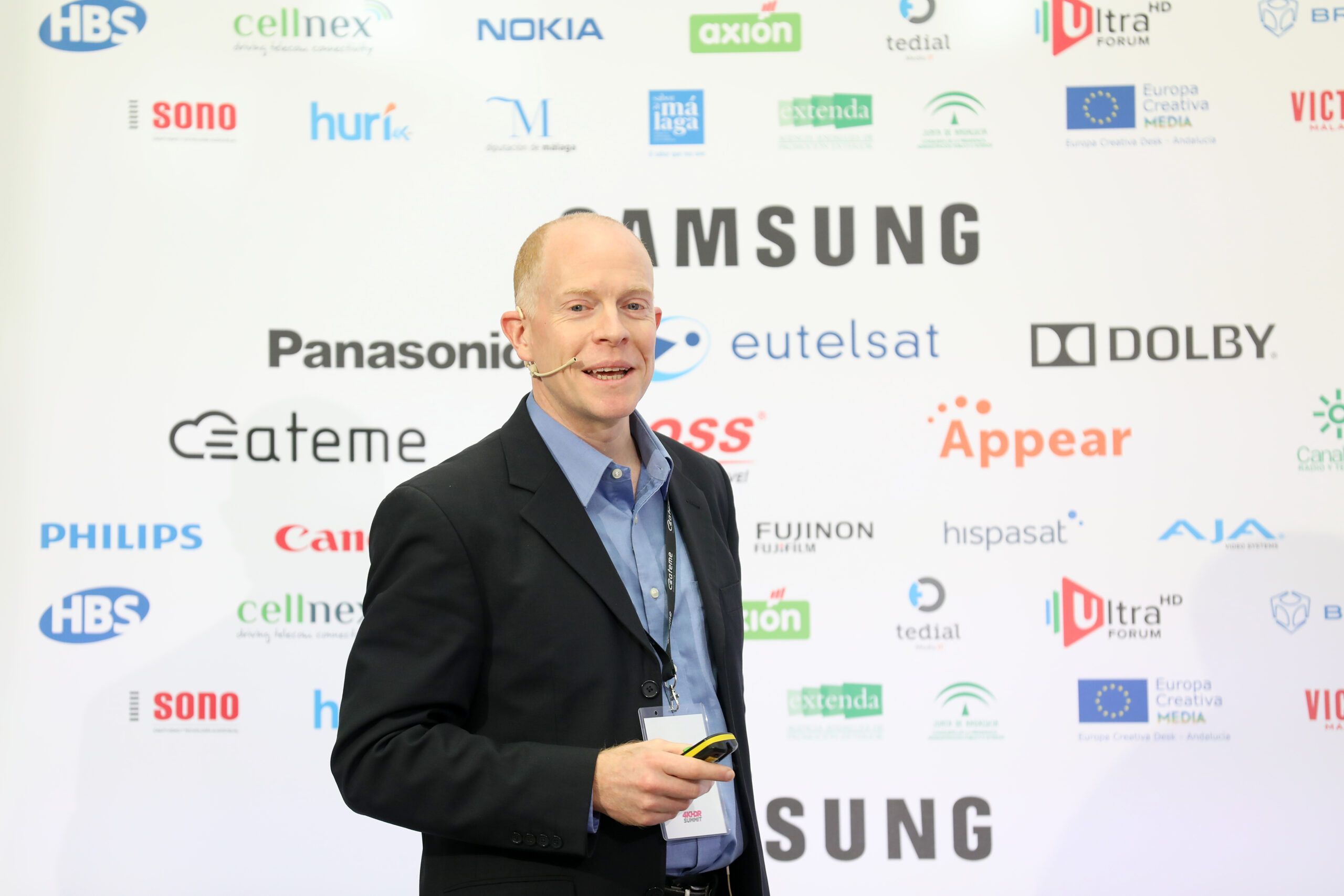 However, Richard Moreton, head of 8K Research at Samsung, is very optimistic about the possibilities of the Korean multinational’s impressive 8K televisions, with four times more pixels than 4K and 16 times more than HD. 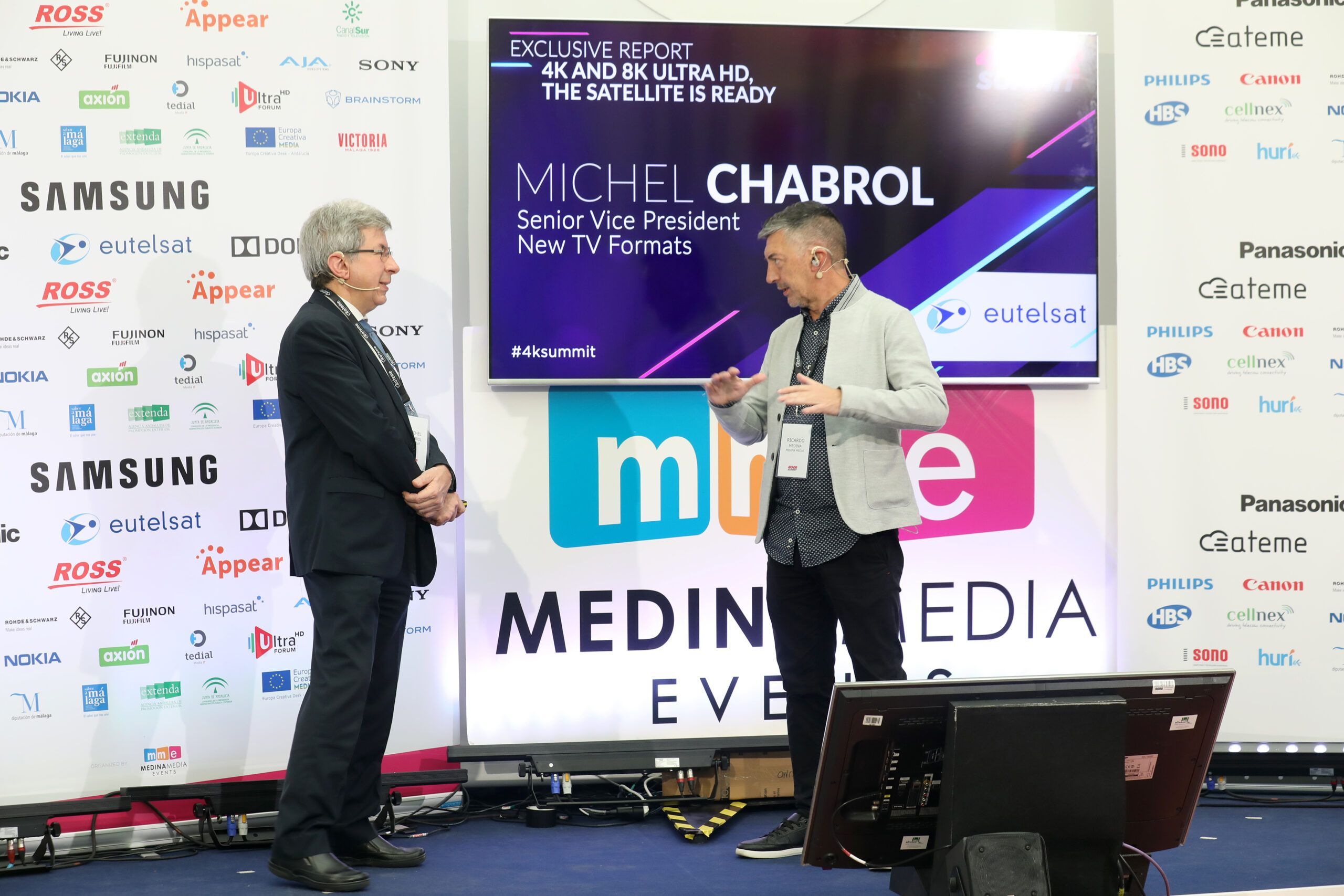 This year’s 4K HDR Summit will recognize Michel Chabrol, one of the pioneers of the UHD worldwide. The former vice president of the French multinational Eutelsat, who has been one of the keynote speakers of the 4K worldwide, has retired after traveling half the world as one of the “evangelists” of the Ultra High Definition (UHD).

From Cannes (MipTV, Mipcom), to Moscow, or Seoul, through the six editions of the 4K HDR Summit, Michel Chabrol has been a reference and a promoter of development in the five continents of the 4K, 8K and HDR.

“The 8K in theaters, with the spectacular 8K LED screens, is going to be a resounding success,” Chabrol envisions.

The 4K HDR Summit, organized by Medina Media Events, celebrates from November 17th to 20th its sixth edition, the first virtual one, and since 2015 the “top engineers” and “top content producers” of the television worldwide participate in it, to share, once a year, the advances and projects of the UHD.

This year the “speaker of honor” will be Marcos Santana, president of Telemundo Global Studios, and also participate, among the more than 30 speakers, the presidents of the UHD Alliance (Michael Zink, Warner Bros.); of the Ultra HD Forum (Thierry Fautier, Harmonic); and of the 8K Association (Chris Chinnock, Insight Media), who in addition to their presentations will lead a unique debate in the world calendar of the UHD.

Those registered for the 4K HDR Summit Virtual 2020 will be able to follow the conferences of María Rúa Aguete, Paul Gray, Ricard Moreton and the greeting of Michel Chabrol from November 17th at the 4KHDR Summit, as well as the 30 sessions that will be offered during 3 days by streaming, in addition to consulting online demos, attending exclusive webinars and networking through video meetings with speakers and participants.

In addition, on Friday, November 20th, attendees of the 4K HDR Summit will be able to enjoy the Virtual Awards Ceremony of the 4K short film festival, Málaga 4K Fest, and the screening of the winning short films. The festival, organized by Medina Media Events in collaboration with Festival de Málaga, is supported by RTVE, Atreseries-Atresmedia, Dolby, Best Digital, Grupo ADM, Medina Media 4K and UHD Alliance.