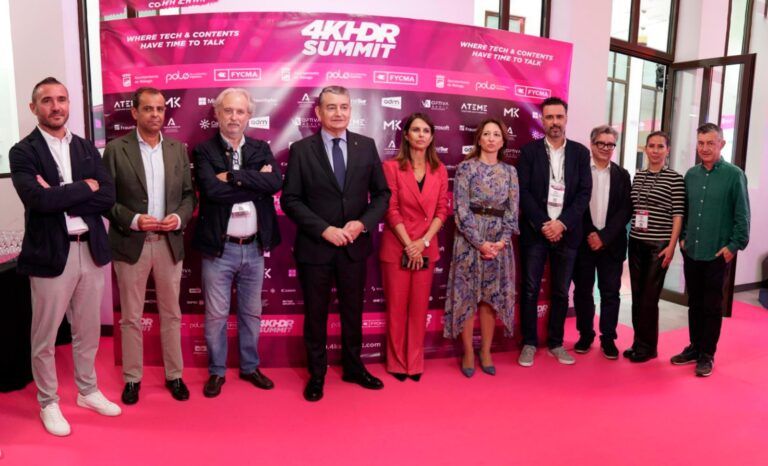 The Minister of the Presidency, Interior, Social Dialogue and Simplification, Antonio Sanz, has expressed his satisfaction at participating in a new edition of the 4K HDR Summit in Malaga, “conferences that each year bring us the freshest look at the Ultra High Definition, one of the great catalysts of the transformation that the world is experiencing today”.

During his speech on this day, Sanz highlighted the Andalusian audiovisual sector for “great potential and future prospects” and advanced that the Government of Andalusia will continue to support the group with the approval this Wednesday, November 17, in the Council of Government the formulation of an Andalusian strategy for the promotion of the audiovisual sector. 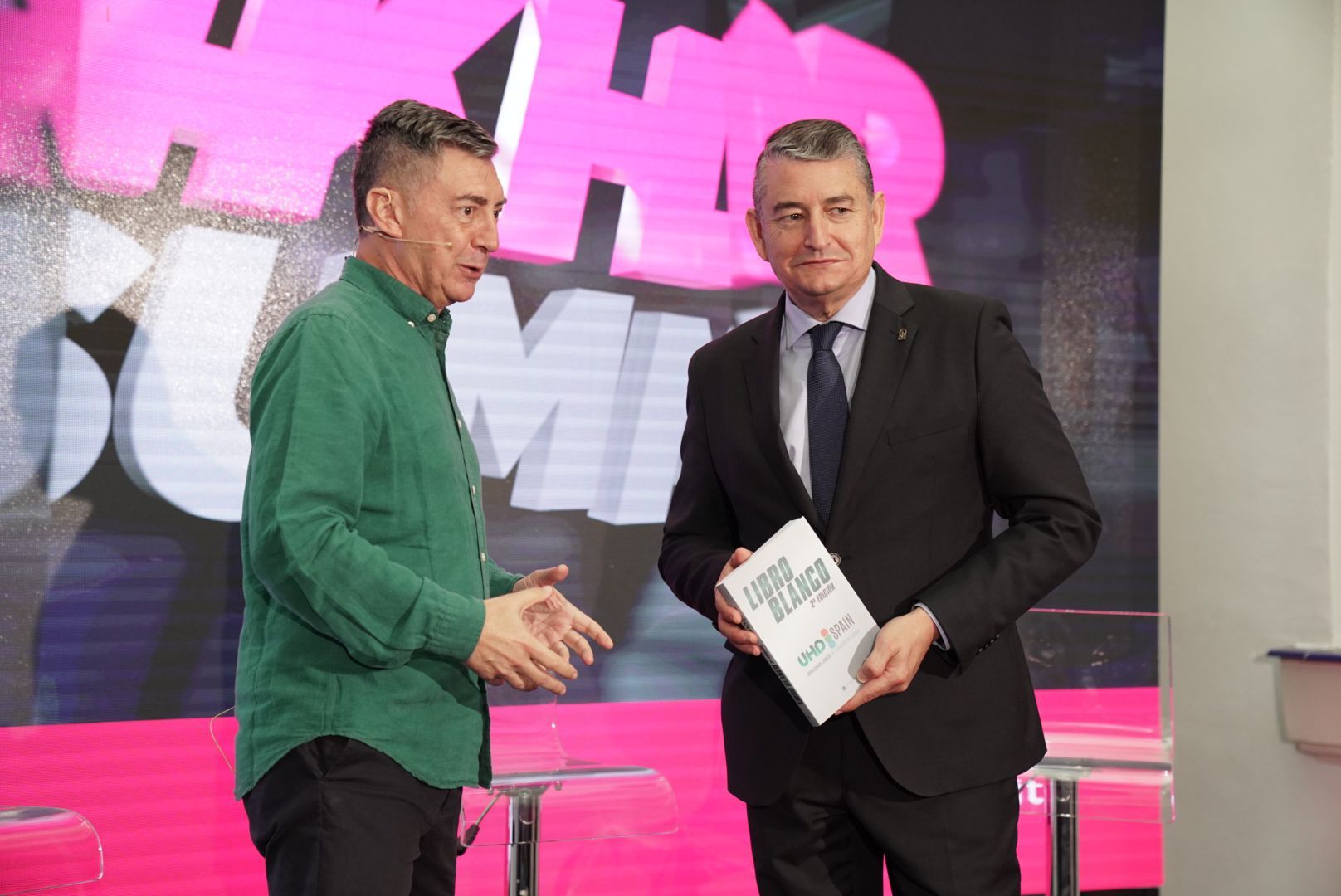 This strategy, which will be coordinated by the General Directorate of Social Communication and the Digital Agency of Andalusia, has among its aims to support the sector in its adaptation to the new digital context, taking into account both traditional audiovisual content and new creation formulas and content consumption and emerging formats, as is the case of immersive digital environments. In addition, Antonio Sanz has received a copy of the second edition of the UHD Spain White Paper.

Francisco Asensi, Director of Spain AVS Hub of the Ministry of Economic Affairs and Digital Transformation, has also been present on this second day of the 4K HDR Summit. He has spoken about the Audiovisual Hub of Spain: “The objectives of the Spanish Audiovisual Hub are to attract investment, consolidate Spain as an exporter of audiovisual products and improve the competitiveness of companies in the sector.” 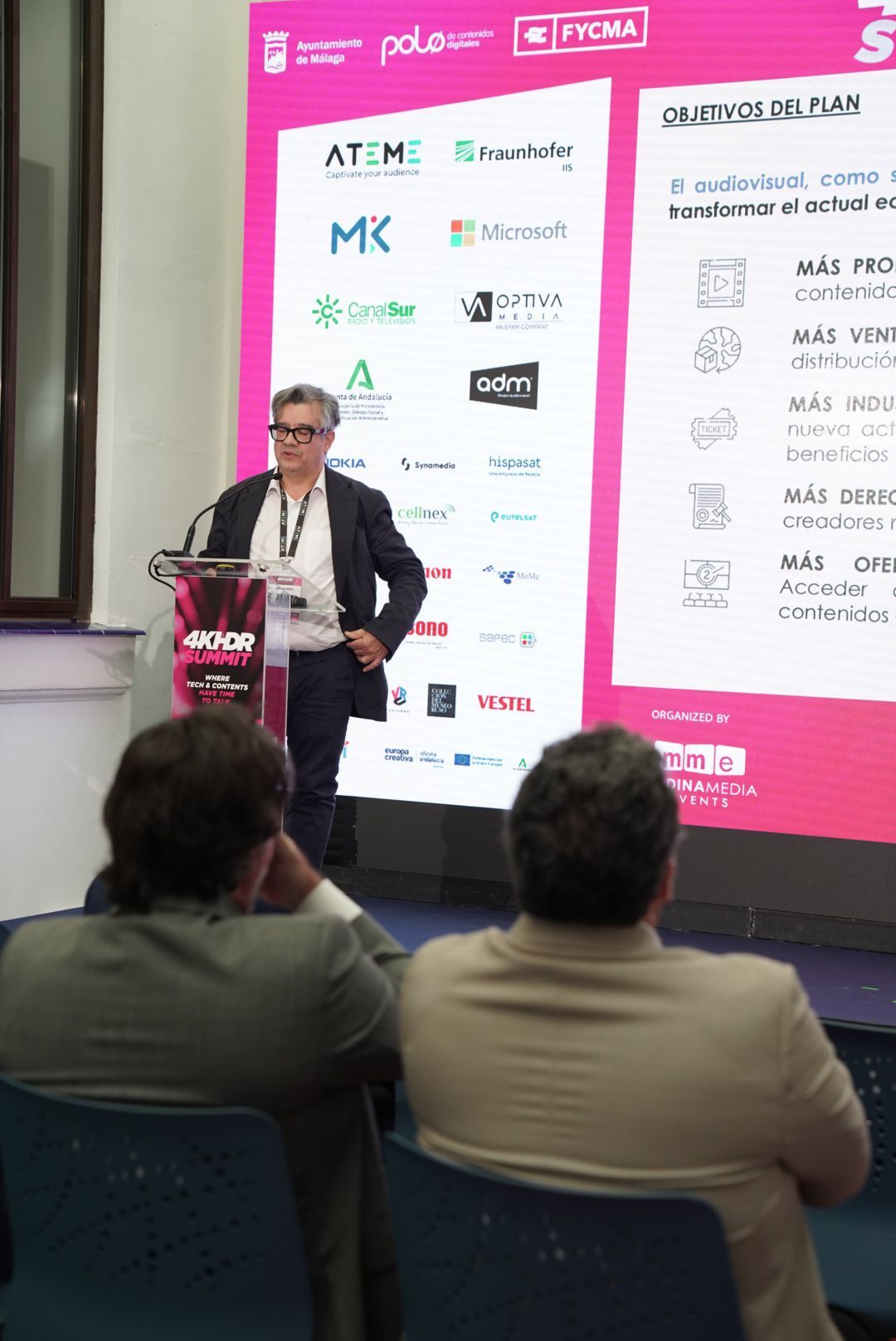 In addition, Asensi wanted to place special emphasis on the fact that one of the main objectives of the Spanish Audiovisual Hub is not only “to export, but to attract investment. We want it to be known that the professionals are here and that it is not necessary for companies to bring them with them from abroad”. Asensi wanted to explain what the Spanish Audiovisual Hub consists of for all those who do not know exactly its function. “The Hub is an instrument of public policies aimed at the audiovisual industry. Something like an instrument of dialogue and permanent participation of the audiovisual industry with the administration itself”.

Professionals from the audiovisual world have also talked about the Audiovisual Hubs in Spain: Emili Planas from Mediapro, Miquel Rutllant from Lavinia and Javier Valero from Secuoya.

Emili Planas points out that “the market needs more content. The competition is not between us, but it comes from outside and it is very strong. Other Hubs in Europe are positioning themselves very well and receive public funds from the European Union”. 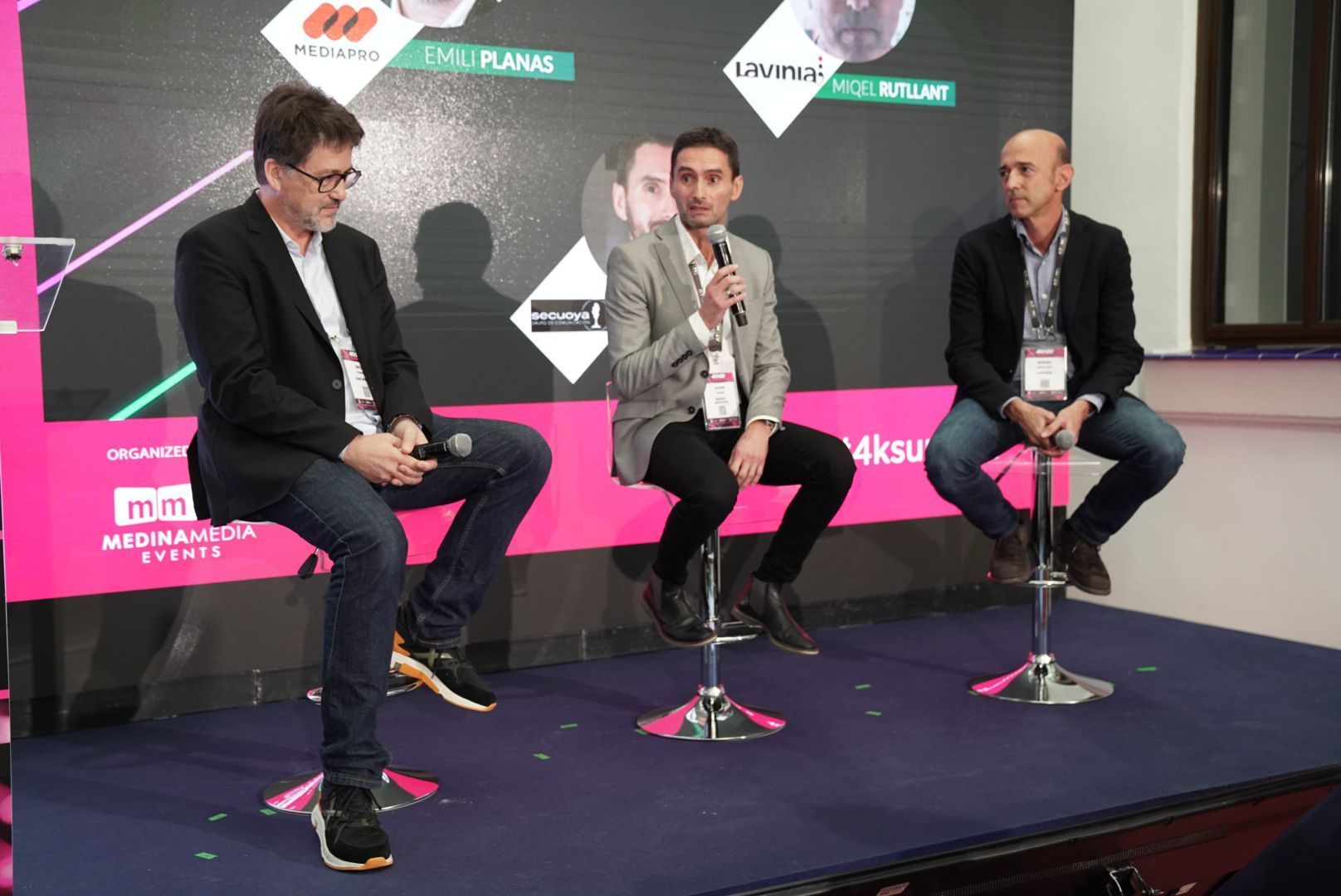 Rutllant considers that “we cannot leave a project of these characteristics solely to the public or private initiative. No culture can afford not to have a powerful audiovisual structure”. Finally, Valero has told the details about the project that involves Grupo Secuoya. “We have launched a Hub based on three main axes: spaces (production), training and innovation, which for the moment is in continuous growth. There are practically 12 thousand people daily in this complex. My recommendation would be to consider hubs as transformative vehicles to change a country through job creation”.

One of the most important moments of this event was the presentation of the new RTVA OTT, Canal Sur Más. Juanma Blanco Poley, Head of Media at Canal Sur, participated in a panel of experts; Alejandro Rincón, Director of Strategy and Data Analyst of DOS30′ and David Esplá, Managing Partner of Interactvty.

“Canal Sur Más was born as a digital showcase for Radio and Television of Andalusia. We needed to take this step. We are the first on-demand platform project for a regional public television. We have been able to carry out all of this thanks to public-private initiatives”, says Blanco Poley. 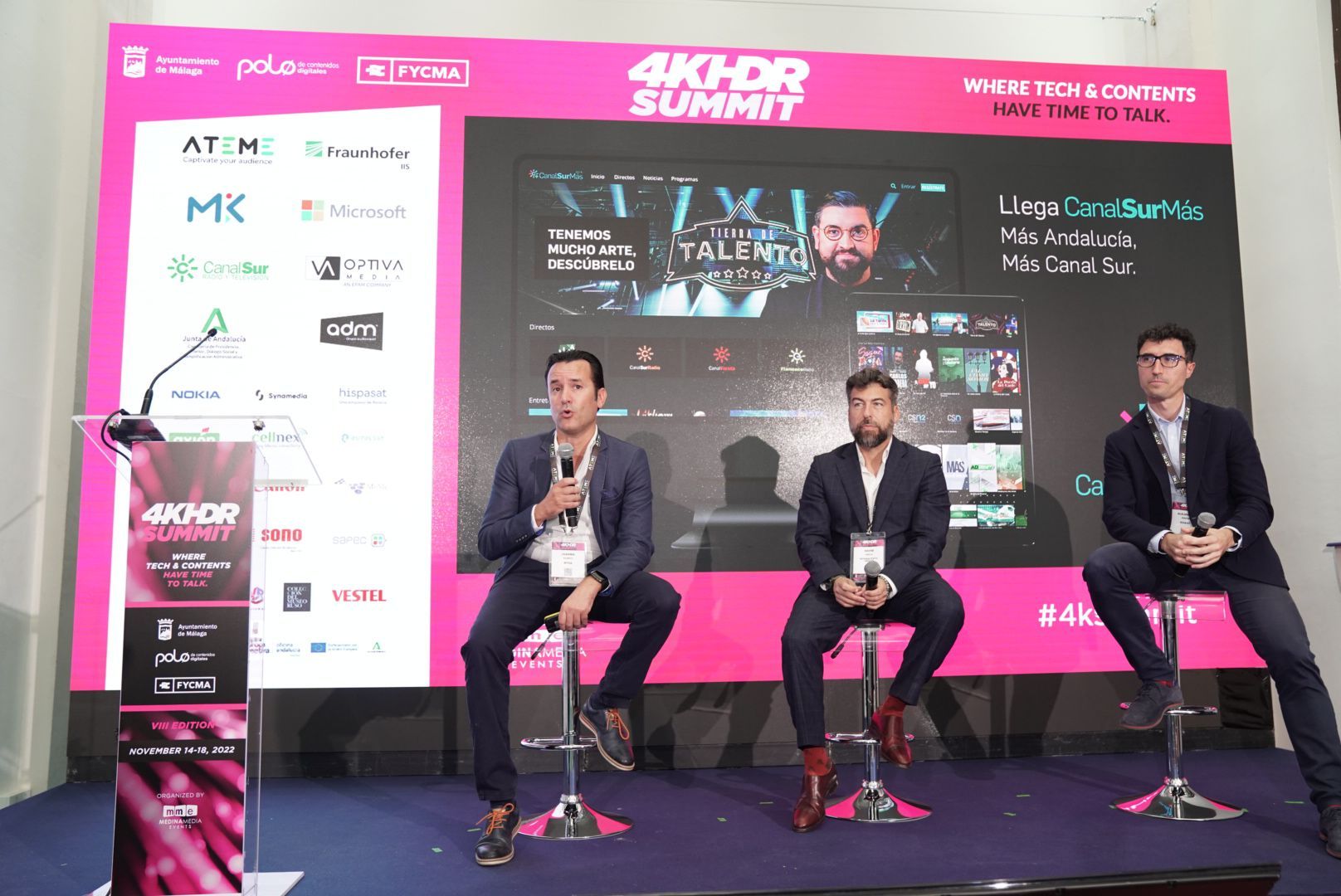 For his part, Alejandro Rincón defends that “Canal Sur Más is having a very good evolution. Between her and Canal Sur they cover all population age groups, both female and male. David Esplá commented that “Canal Sur Más is based on second generation OTT technology. It brings the novelty of being able to interact with the audience”.

The challenges of Latin America for 4K

This second day also featured two of the most important Ultra High Definition professionals in the world. Diana Celis, Consultant for ICT Projects in Europe and Latin America at DCM Consulting, and Borja Pérez, Founder and CEO of Diversia Corp. Both have held meetings and conversations with members of UHD Spain thanks to ICEX. 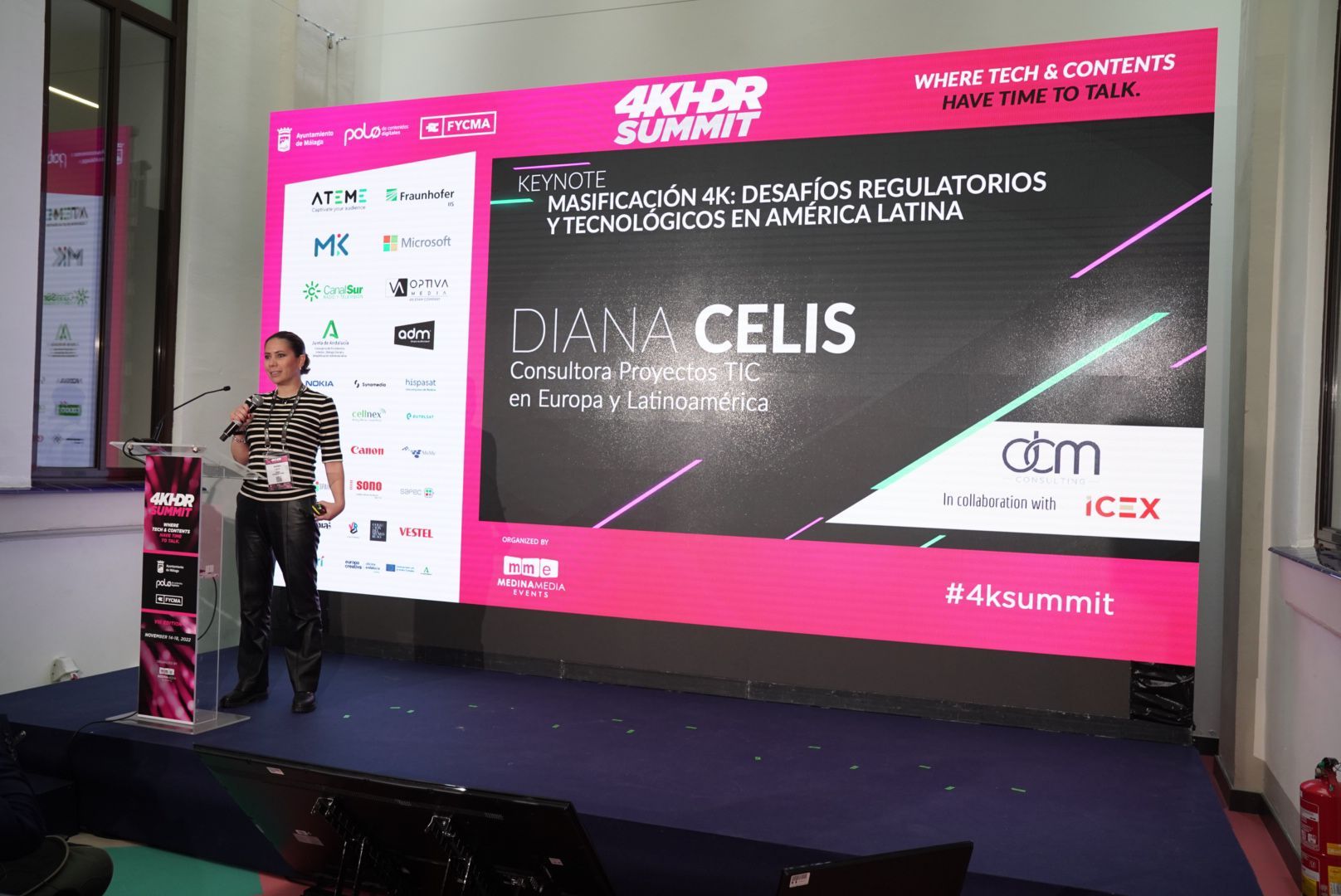 Diana Celis has spoken about the massification of 4K, in addition to the regulatory and technological challenges that exist in Latin America. “Streaming has curbed the consumption of television. This depends a lot on advances in Internet networks. We are far from reaching the levels of Europe and I think there is a lot of room for improvement”.

Borja Pérez, Founder and CEO of Diversia Corp. has also highlighted the consequences that occur as a result of the transmission wars from the point of view of the consumer, content, technology and data. “The consumer consumes more than what is available. Production should be lightened and everything be much faster. We have to upscale the content in 4K. For example, after watching the first game of the Spanish National Team in 4K, no one is going to want to go back”. 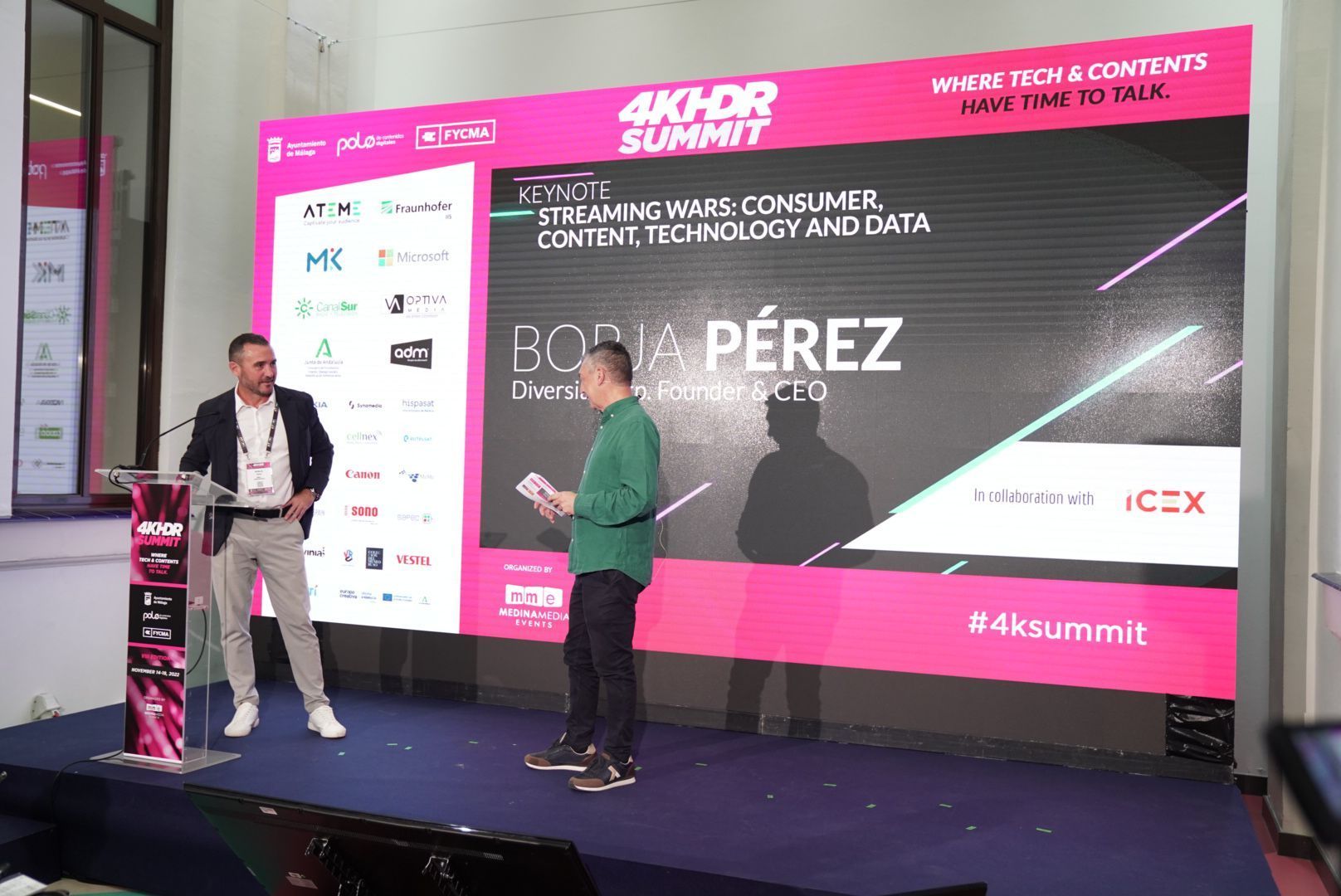 Finally, visitors have been able to enjoy our Metaverso demo area and experience Lavinia’s “Los Sueños” or Optiva Media’s VR experience. And they have also been able to discover in our Ultra High Definition demonstration area experiences such as Canal Sur Más from RTVA, exclusive space images from NASA, Hurí’s 4K mobile unit or the audio experiences from UHD Spain or Fraunhofer, among other. 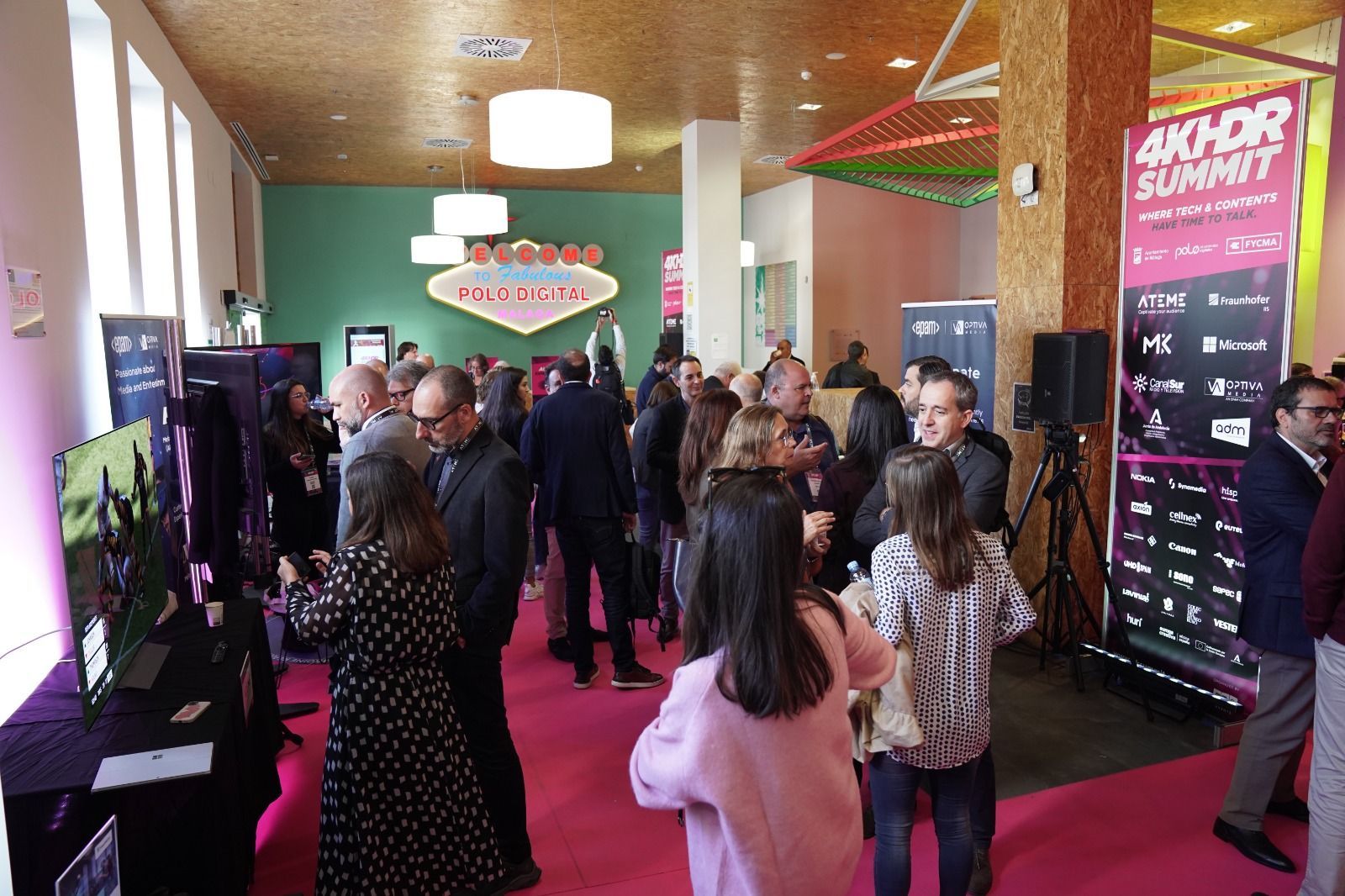