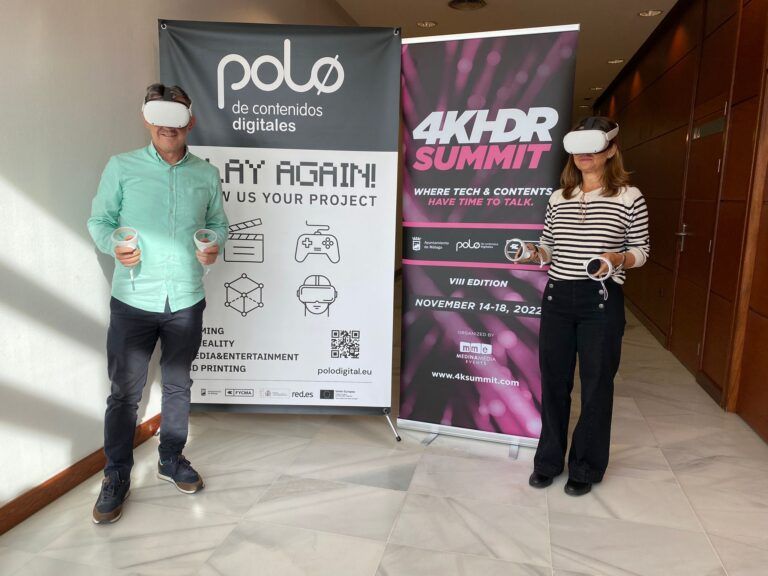 The world leaders of 4K, 8K and Metaverse, heading to Malaga for the 4K HDR Summit 22

This year, Malaga once again positions itself as the world center for Ultra High Definition Television and New Technologies on the occasion of the eighth edition of the 4K HDR Summit, which starts on November 14 at the National Pole of Digital Content in Malaga, and which incorporates many novelties that will be accessible to the citizens of Malaga.

This event, which since 2015 has been attracting the “top” engineers worldwide and the “top” producers of Ultra High Definition (UHD) content, this year has the Metaverse as its protagonist.

From Monday, November 14 to Friday, November 18, any visitor will be able to immerse themselves in the Metaverse thanks to the experience, developed by Lavinia and Univrse, called “The Dreams” – through the event’s official website (www.4ksummit.com ), in the registration section “Visit the Metaverse & more”, you can select the day and time to try the experience -. On the other hand, Nokia will bring its entire arsenal in reference to the world of the metaverse. The “Volcano”, the Owl, “Wanted” and Perkins, a very special four-legged robotic pet. Finally, Optiva Media will also show virtual reality experiences.

Today this eighth edition has been presented in Malaga and it brings with it many novelties. Susana Carillo, delegate councilor for Innovation and Urban Digitization of the Malaga City Council, and the organizer of the 4K HDR Summit, Ricardo Medina, have presented the program of sessions and experiences. It will be held again in a hybrid format, with two face-to-face days (November 14 and 15) and three virtual ones (November 16, 17 and 18), although the “Dreams” demonstration will be open to the public every day.

For Susana Carillo “the celebration of the 4K HDR Summit in Malaga is another of the great milestones that the city hosts and that continues to add to the development of the innovative ecosystem of Malaga and that is one of the main lines of work of the City Council”. 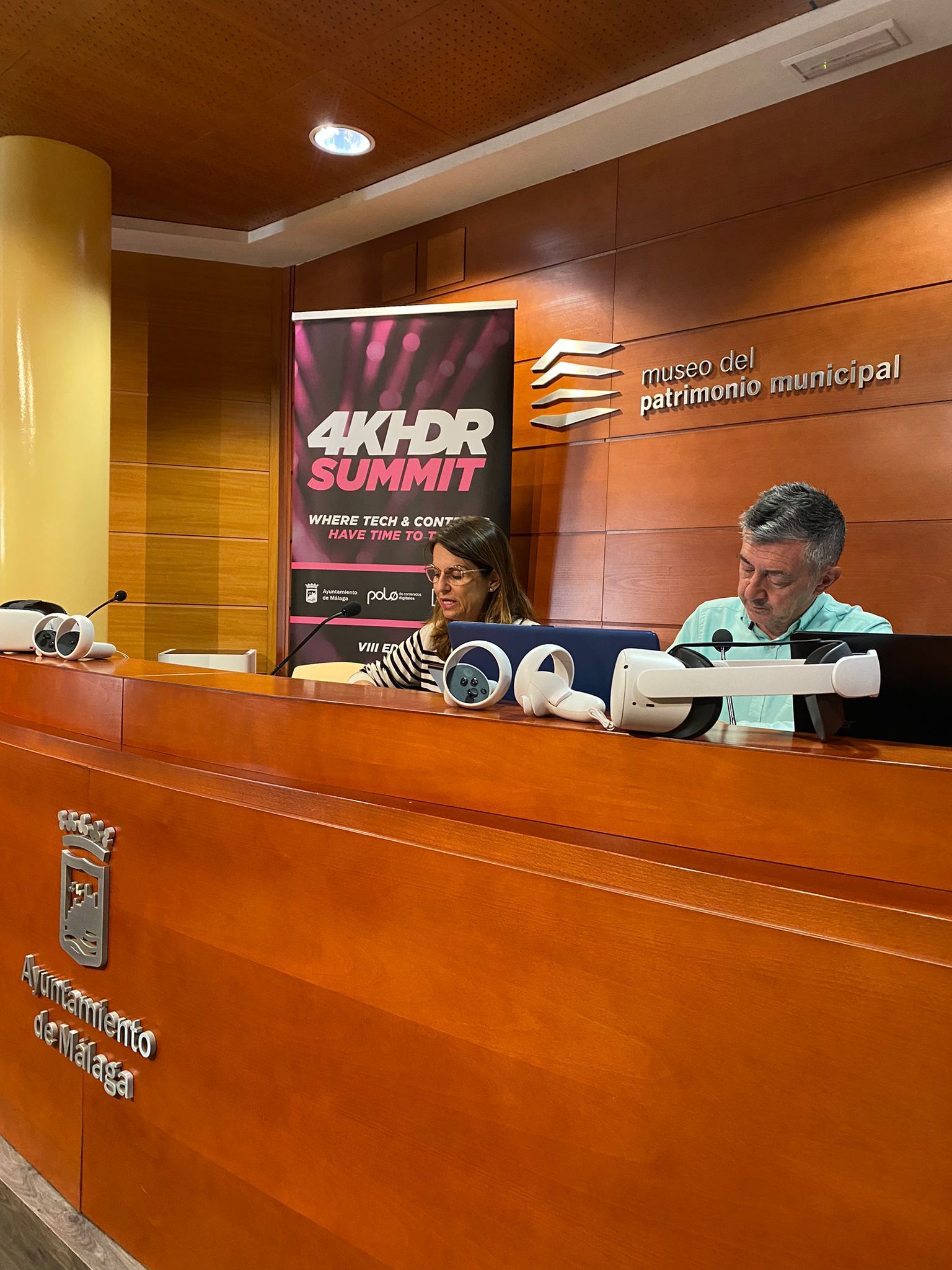 “For a week, the 4K HDR Summit in Malaga will feature an excellent line-up of speakers and participating brands at an international level who will present the latest developments in technology and will discuss the future of audiovisuals and, specifically, the Metaverse, returning to place Malaga at the epicenter of innovation”, says Carillo.

For his part, Ricardo Medina, organizer of the event, declared the importance of this event in Malaga: “Already, all the agents worldwide involved in improving the quality of the image we see on our televisions and on our phones have marked the appointment of Malaga in its annual calendar”. 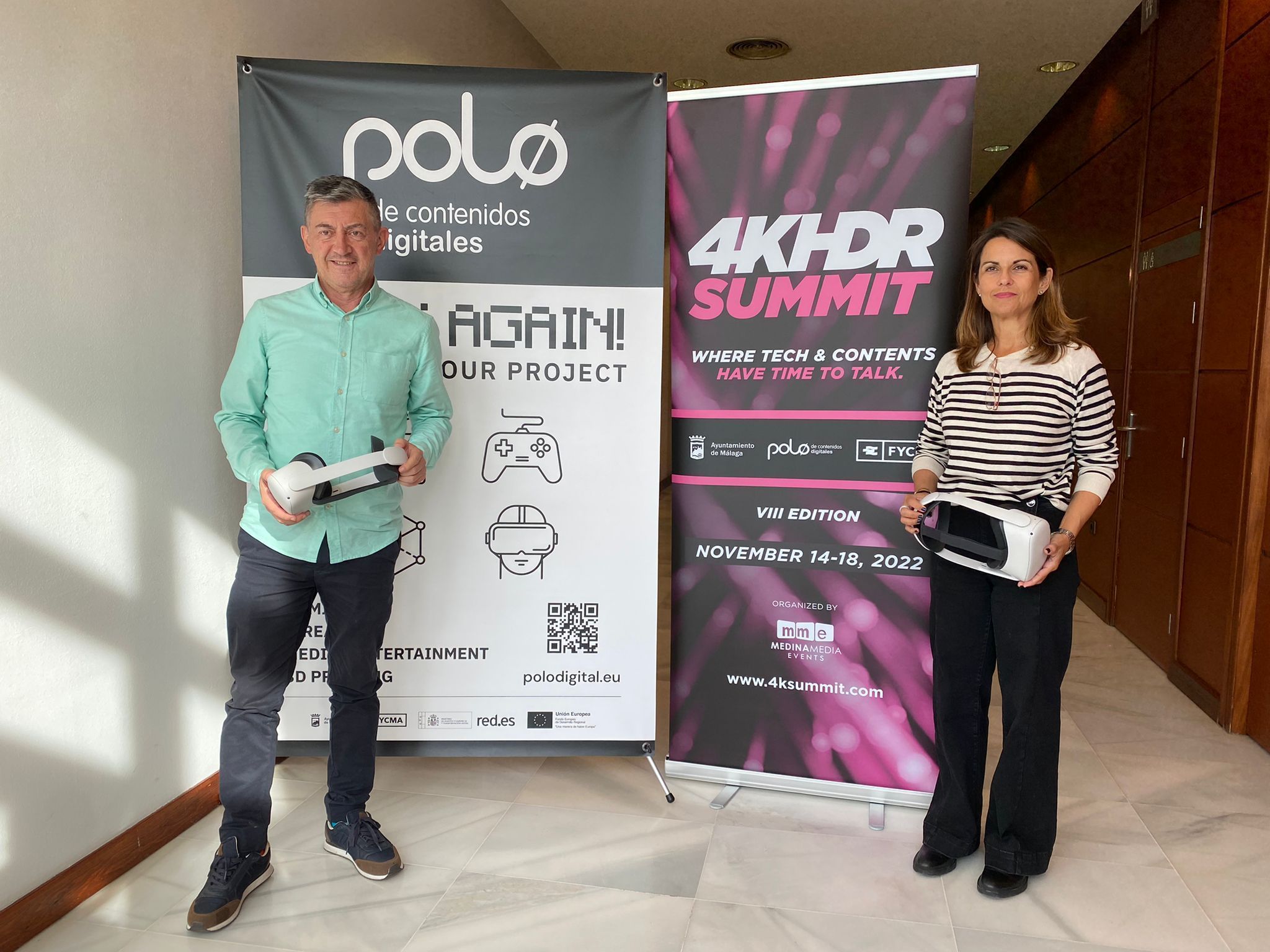 “With the pandemic, many events have been affected, or have even disappeared. However, the 4K HDR Summit in Malaga, in a hybrid format, is more alive than ever, both because of the top-level networking, and because of the height of the speakers who participate virtually on our Netflix-like platform”, says Medina.

More than 50 speakers from all over the world will participate: the United States, Germany, Finland, Korea, Great Britain, Colombia, Argentina, Brazil, Turkey, Japan, India, Italy, France, Belgium, Portugal and Spain, among others.

Every time, with a greater Spanish accent

This eighth edition of the 4K HDR Summit will have quite a Spanish accent, since Spain, and specifically Andalusia, is increasingly playing a more important role in the global Ultra High Definition (UHD) industry.

With the representations of television companies, companies and producers that have put Spain on the world map of Ultra High Definition: RTVE, Cellnex, Lavinia, Hispasat, Axión, RTVA, Grupo ADM, Medina Medía, Mediapro, AMETIC, CCMA and Sapec, among others.

Also, topics as current as the European Union’s ban on 8K televisions or the latest advances in Ultra High Definition will be discussed at the 4K HDR Summit.

This eighth edition will also serve as the venue for the second Assembly of the Spanish association UHD Spain and the next FORTA Technical Commission. In addition, the second edition of the White Paper on Ultra High Definition in Spain will be presented.

The opening day, with the Mayor of Malaga

On November 14, the opening day of the 4K HDR Summit, it will be attended by the first swords in the 4K and 8K world. The Mayor of Malaga, Francisco de la Torre, will be in charge of kicking off this eighth edition. This opening day will also feature the presence of Juande Mellado, Director of RTVA and Pere Vila, President of UHD Spain.

On this first day, all visitors will be able to enjoy a first-class demonstration area with 4K and 8K images, and Virtual Reality and Extended Reality experiences, in addition to the Metaverse.

The Metaverse will also be the protagonist with the “Introduction to the Metaverse” by Álvaro Villegas, Nokia‘s Head of eXtended Reality Lab. And also with a panel with a Spanish accent in which the world of the Metaverse will be brought closer to visitors. Participating in this intense debate will be Valia Merino from Optiva Media, Ignaci Marcet from Lavinia, Víctor Sánchez from RTVE and Javier Jurado from Level Formacion.

Presentation of the Andalusian Audiovisual Hub

The Counselor of the Presidency of the Junta de Andalucía, Antonio Sanz, will take advantage of the 4KHDR Summit in Malaga to present the Andalusian Audiovisual Hub. It will be on Tuesday the 15th and will be followed by a meeting of the leading production companies in Spain that are behind the most important regional Hubs that are being set up.

Javier Valero (Secuoya), Mediapro (Emili Planas), Miquel Rutllán (Lavinia) and Gustavo Fuentes (Grupo ADM) will participate in this meeting on the Hubs in Spain, which will be preceded by two presentations by Francisco Asensi (Advisor to the Hub AV Spain) and international consultants Borja Pérez (United States) and Diana Celis (Colombia), invited by ICEX.

The Metaverse will also be the protagonist in the Russian Museum of Malaga during the 5 days of the event. Lavinia will offer all those who want to get a little closer to the world of the Metaverse the experience called “The Dreams”. An immersive experience of about 20 minutes in which the person experiencing it will be in the company of several avatars. They will all go up in elevators, they will travel on trains and they will get lost in virtual labyrinths, it is a unique experience.

Nokia will also display its entire arsenal related to the Metaverse. And it is that they will introduce us, on November 14 (opening day), to a very special pet called Perkins. Also, any visitor who wishes will be able to learn about the “Búho”, “Volcán” and “Se Busca” experiences, based on virtual reality. Optiva Media will also offer Virtual Reality experiences to those who come.

The conferences of the 4K HDR Summit 2022 can be followed through the Medina Media Events platform, prior registration, which will open a month before the event. This eighth edition will be held on November 14 and 15, in person, at the Digital Content Pole in Malaga, and from November 16 to 18 virtually.